With another school year and high school sports season coming to an end, some thoughts on what I heard and observed at the State Baseball Tournament…and maybe some things you thought NOBODY did. cared!

First of all, I will say, as in previous years…that the OHSAA State Baseball Tournament is one of the most underrated events in Ohio high schools and on the OHSAA calendar.

“It’s so much fun,” said one during Thursday’s and Friday’s semi-finals. “I wish it was a double elimination. I wish it lasted longer.”

I also saw people — I met people — who obviously read Press Pros outside of our main nine-county market area. One from Butler County recognized me, held out his hand, and asked, “How do you like the weather today?” spring and summer to provide fair and reasonable conditions for children to play.

Another, from central Ohio, commented on our daily baseball inventory.

“There’s no coverage like yours for baseball in Central Ohio,” he enthused. “Thanks for writing about this.”

But ranting aside, there comes a time when you need a solution to the problem, and Daniel from Hamilton County brought one with him.

“Reduce the number of regular season games to 18 and start the season on April 15,” he shared. “That way you push the season back three weeks, but you play eight games less. If the weather is nice before then, you can play all the scrums you want. And if the season continues a week later in June, that’s okay. In this way, the children have a three-week better chance of playing in good weather. 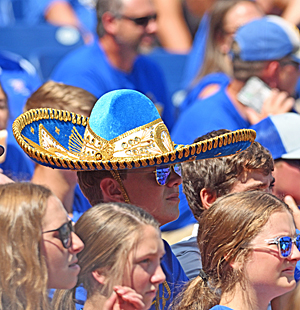 There’s one in every crowd…

It makes sense. When I played baseball at Piqua High School, our regular season was exactly 18 games. We played, on average, about three games a week, and we didn’t abuse the number of realistic pitchers we had on the team. Dan’s solution is one that has some merit.

“If you don’t mind, I think I’ll write this down and send it to you for the ‘Reader Speaks’ page,” he smiles.

We wouldn’t mind, and we just saved you the trouble.

Attendance at this year’s tournament was supportive, but not overwhelming. Overall, most participants came from participating school communities, family and friends. And while OHSAA made good decisions moving the football tournament to Stark County…and the basketball tournaments to the University of Dayton…people who came to Columbus because it was located in center no longer attend because of cost and distance.

“Akron is too far to go just to watch the high school baseball tournament,” a friend from Scioto County said last weekend. “It probably works for football and basketball somewhere near Columbus, but tournament baseball has to be somewhere more accessible than Akron.”

Speaking of Akron, kudos to the staff of the Akron Rubber Ducks, the minor league AA affiliate of the Cleveland Indians (Guardians), who went out of their way to help the media, despite the parking lot. Canal Park is a beautiful facility, and people like Rubber Ducks Media Relations Manager Jimmy Farmer take great pride and effort in their hosting responsibilities.

And finally, a few words of appreciation for former Ohio State coach Greg Beals, who attended the tournament on Saturday to scout… and shared much of his day, as well as baseball prospects , with Press Pros. 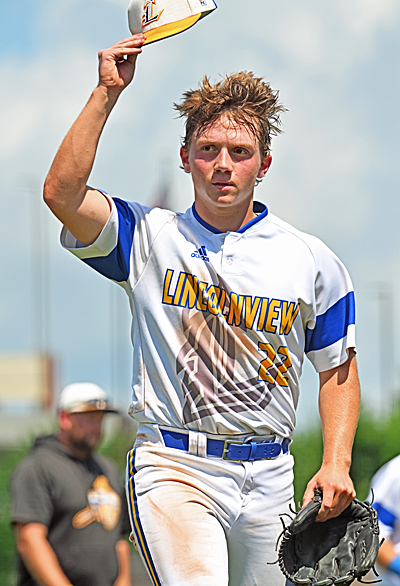 Lincolnview’s Landon Price tip his hat to the fans and for what high school baseball has done for him. He will pitch at Ohio State next year.

It is very evident that Beals’ unemployment situation is only temporary, and he has spoken freely about his optimism and desire to coach again, and coach with an impactful program. He was also open to sharing some of his thoughts on the talent he observed throughout the day — Division I-IV players who have the talent and tools to play college baseball.

Which…again amplifies the relevance of why high school baseball deserves the same priority as football and basketball, if only proportionally. Knowing that a number of participants in this year’s tournament were multi-sport athletes, we asked several of them which sport they enjoyed the most. The overwhelming answer was…you guessed it…baseball!

Will OHSAA take action to give spring baseball and softball athletes a better opportunity to compete?

No. As Daniel so aptly put it, it’s not good enough for them to do that. And as others have written… some communities barely have enough kids to play like this. Moving it to summer will not improve this problem.

But when you see the talent, the pride and the competitive zeal of those who love playing it so much…it makes you stop and think of a more encouraging environment. Because you know if Johnny ever signs a professional contract, makes a fortune and writes a big check to his home school… they’ll surely cash it!