Nathan, who shot a lot of footage for this wonderful story, talks about westerly winds.

Not so much westerly winds like the ones blowing through the lower third of southeastern Australia at the moment. No snow from westerly winds.

More the Sunshine Coast kind – cold enough at night to need a blanket over the bed perhaps, but still allowing you to get by with a vest or a little jane for the midday session.

Check it out, the mouth of Mooloolaba. It’s a semi-rare. “For the past few years, they’ve been dredging the mouth to keep it open to trawlers,” says photographer Josh Whiting. “But then big swells pushed the sand away. Last week was the first time we’ve been able to surf it in a while. It’s pretty fast, but if you have a good board you can handle it. Maybe ride one for 100, 150 meters. Towards the end of the week, Friday and Saturday, the trawlers were getting stuck on the sandbar. Barrel’s guy is Sam Williams from Kawana. Photos: Whiting 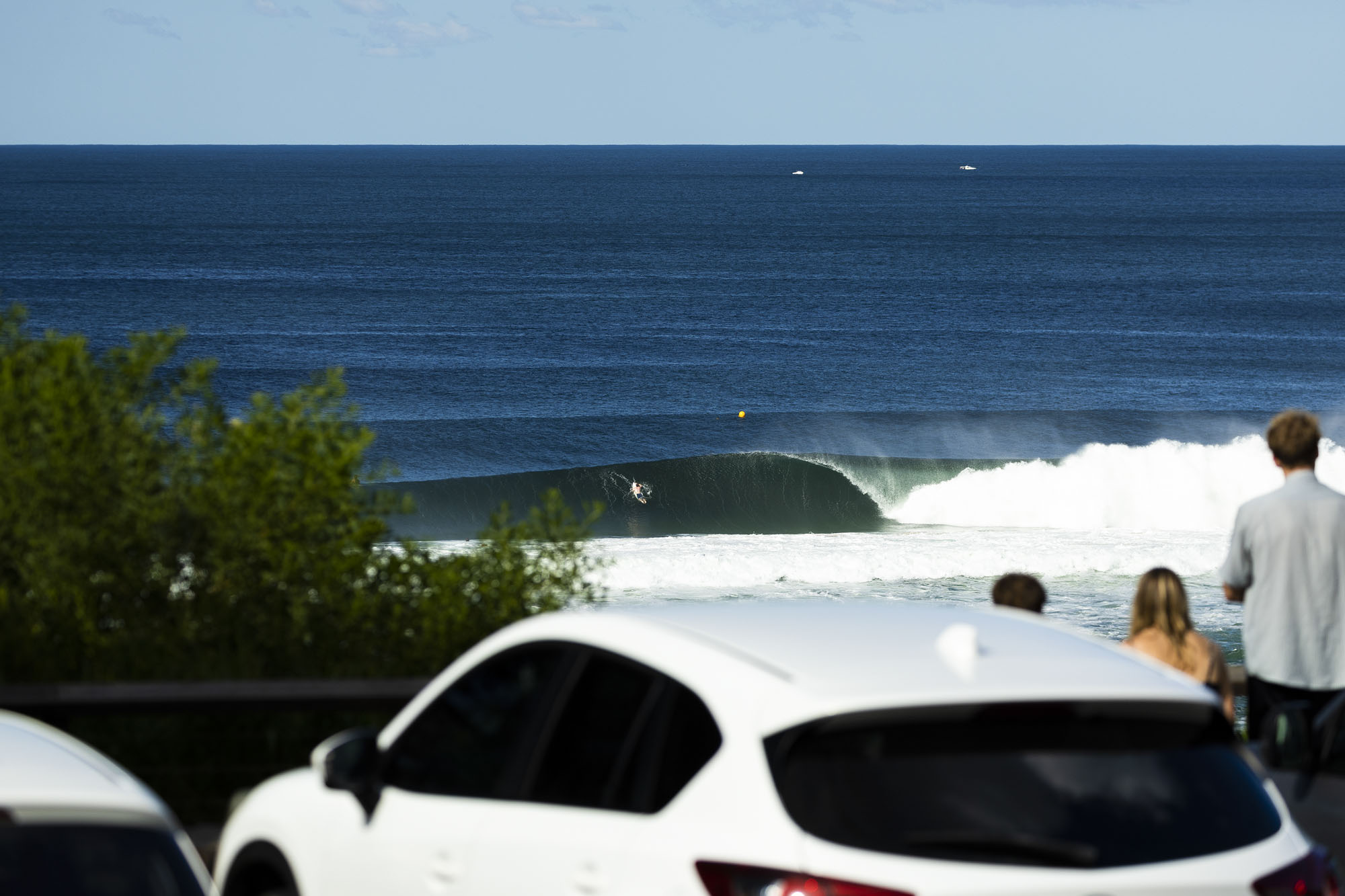 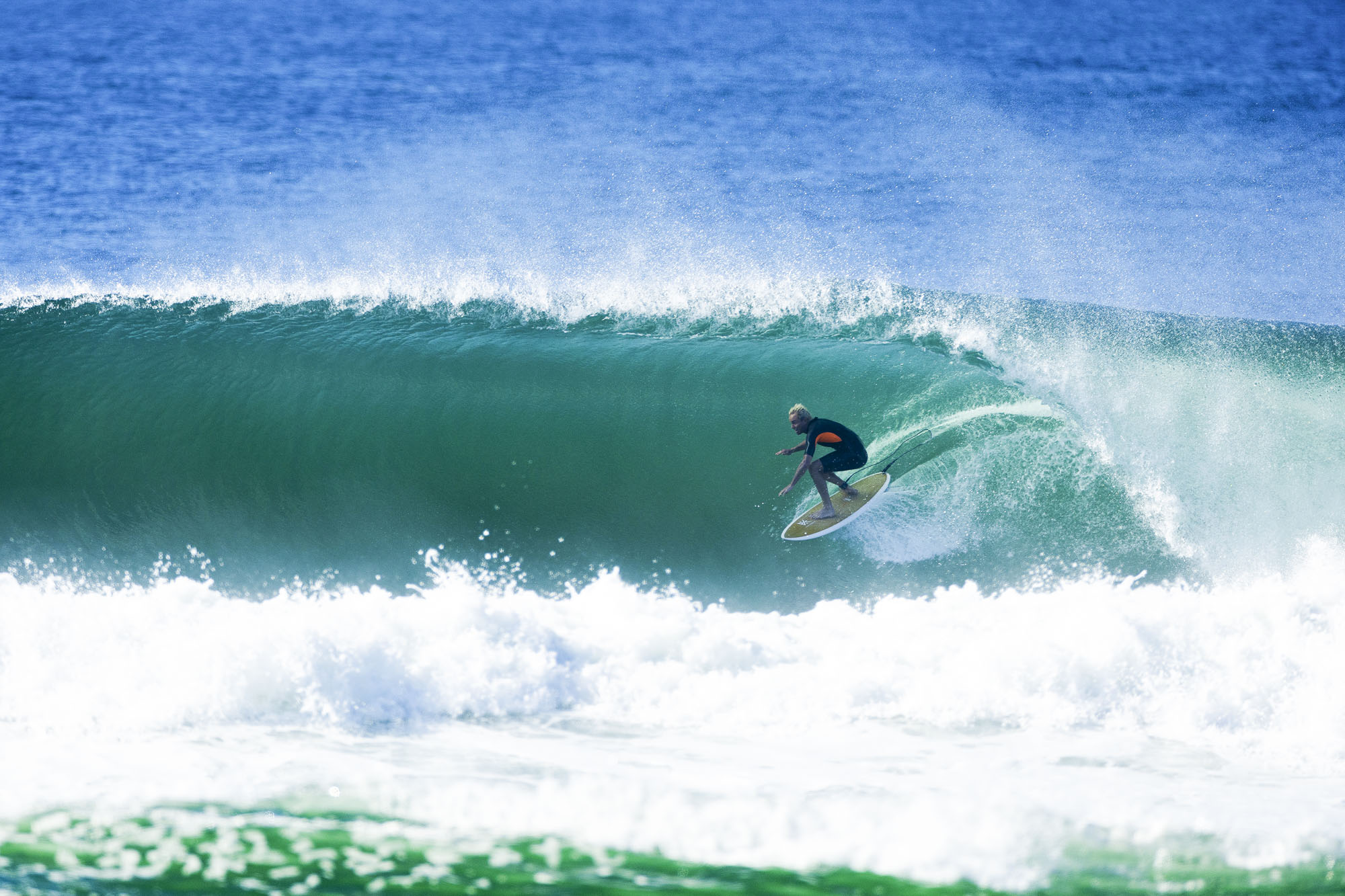 Harrison Roach returned after winning the longboards at the Sydney Challenger event just in time to replace the longboard with something more tube oriented. Photo: Tyack 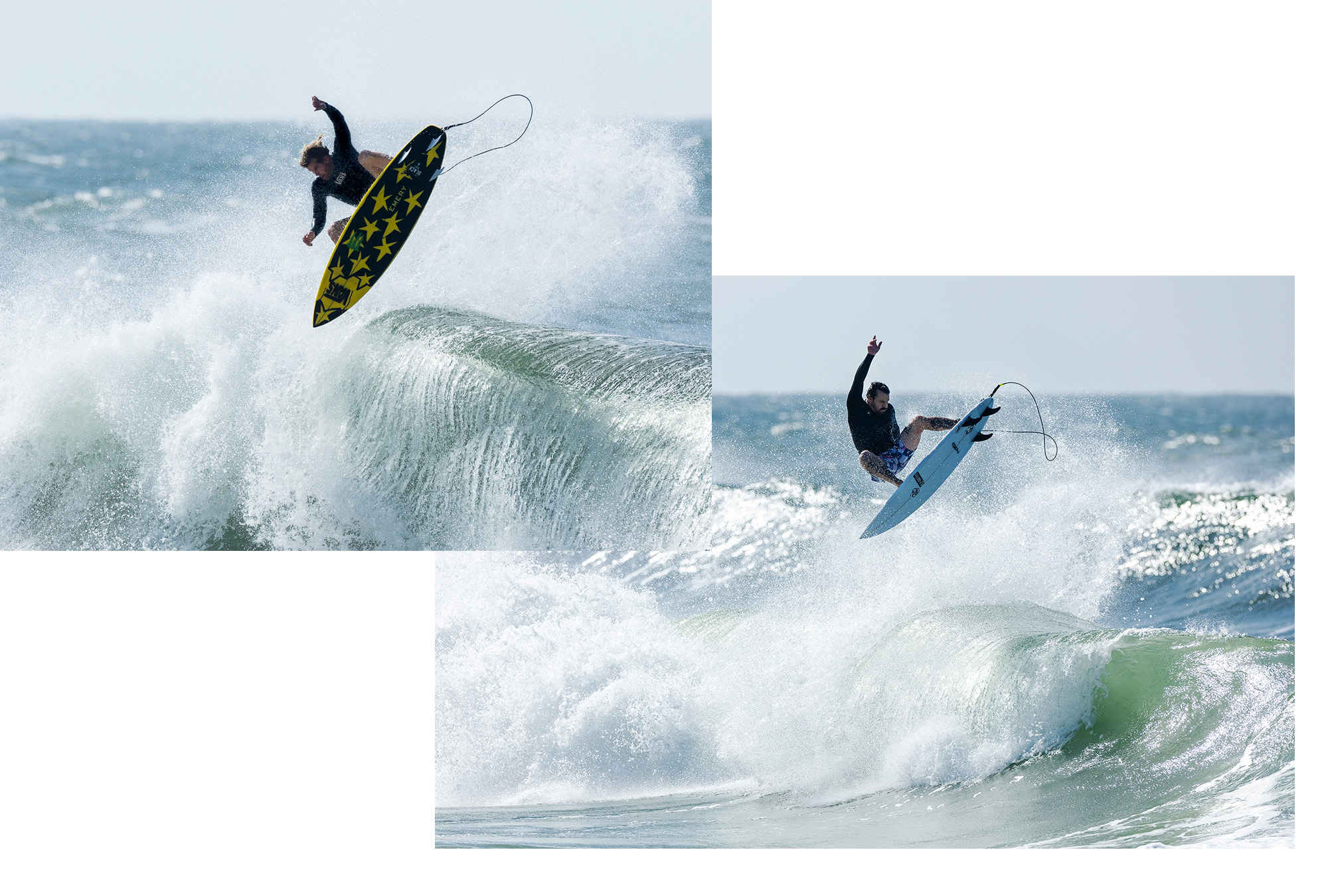 Before the west appeared, it was airtime in the teeth of the SE trade. Harry Bryant (left) and Mitch Coleborn, variations on a theme. Photos: Tyak 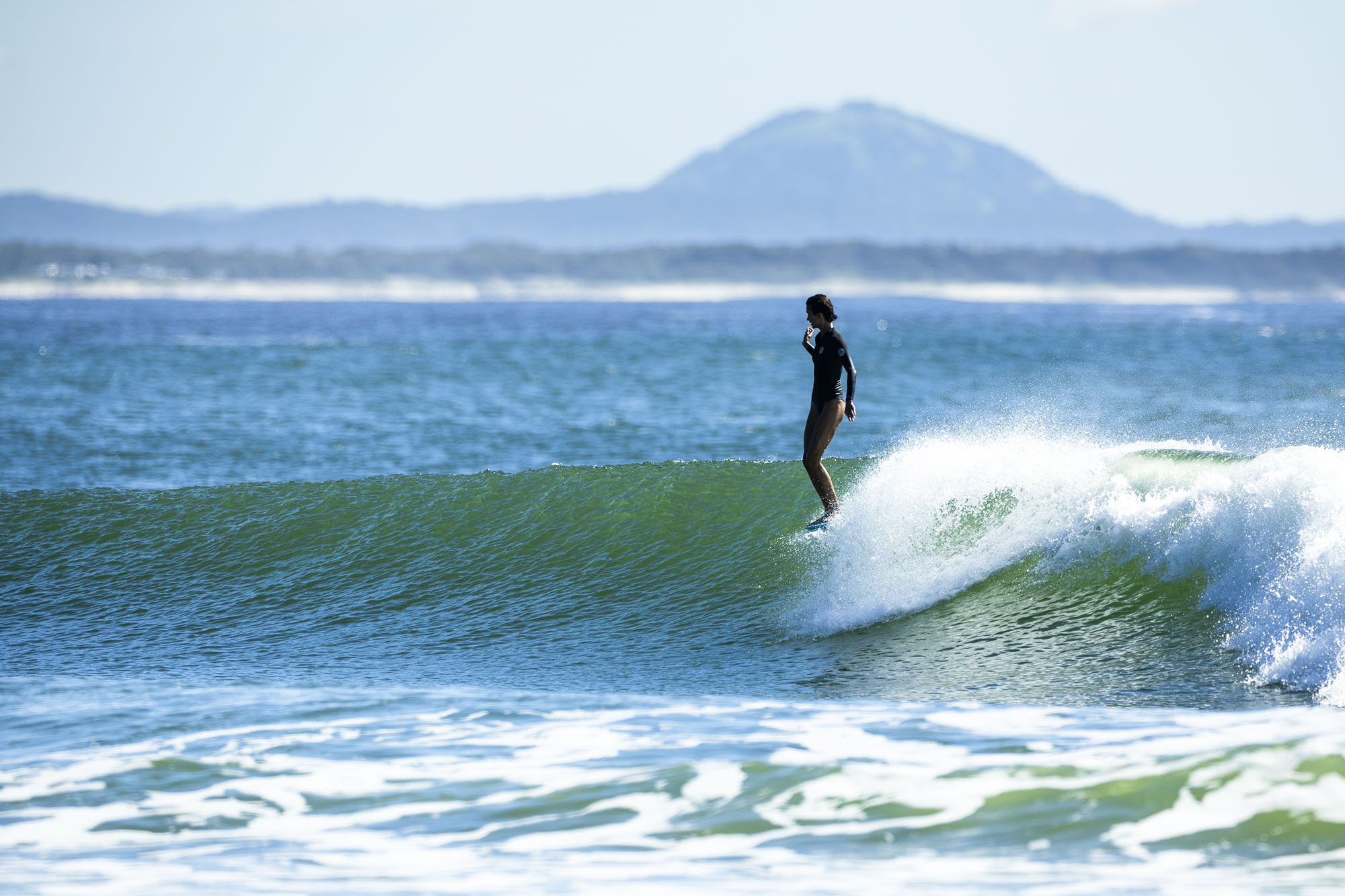 And then there is Noosa. Victoria Vergara, Saturday morning. Photo: Tyack 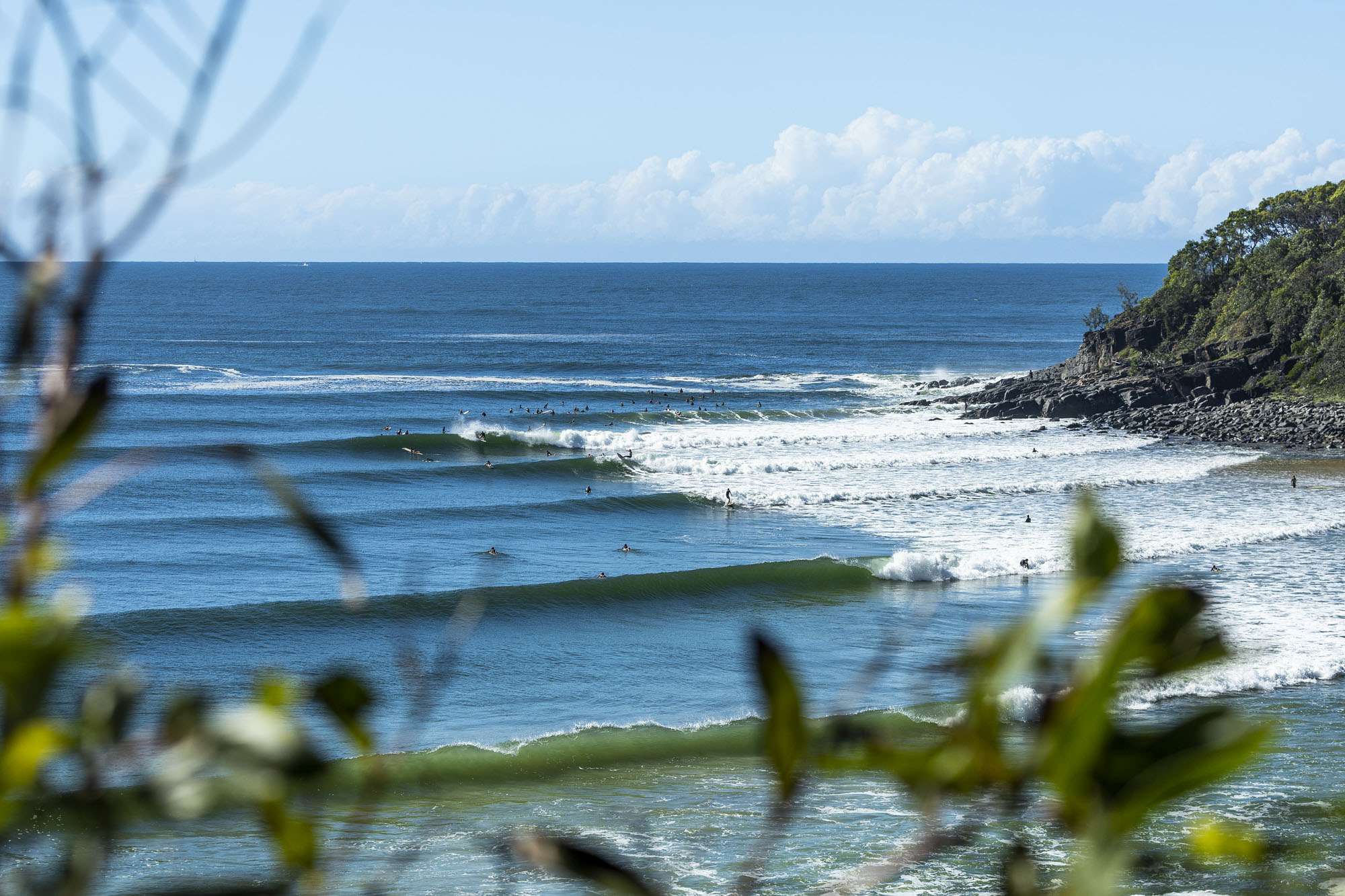 Tea-Tree on Saturday, with a dead southerly wind and a filling swell. “The last big NE swell pushed sand on all the points,” says the photographer. “It was the place to be back then.” Photo: Tyack

The same wind that repels summer SE trading. The same one that hit the Sunny Coast last Sunday, turning the region’s under-famous beachies into Hossegor-style barrels.

“Usually you’ve had a couple like that by now,” Nathan said. “Maybe it’s La Niña.”

All anyone really knows is that if you want to save the last shreds of a classic Eastern Australian autumn, you go north of the Qld border to do it. The footage here was all shot in this magic the last week of May, as the rains fell and eventually receded, more surfers left town for one reason or another, and the easterly swell pulses d a month kept coming. 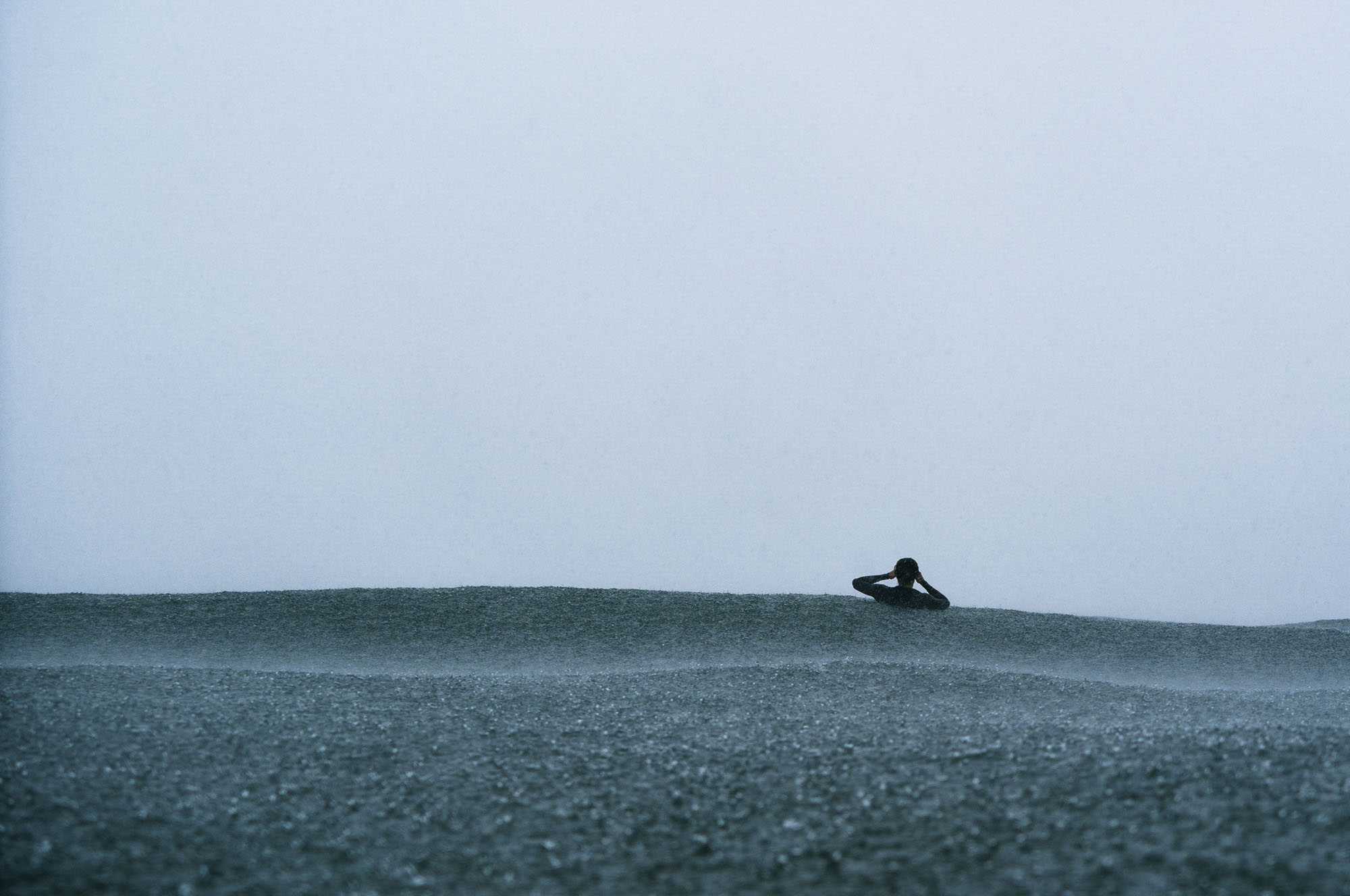 He didn’t know it, but it was a day or two away from the end of the rain. Greenmount soldier, early last week. Photo: Shield 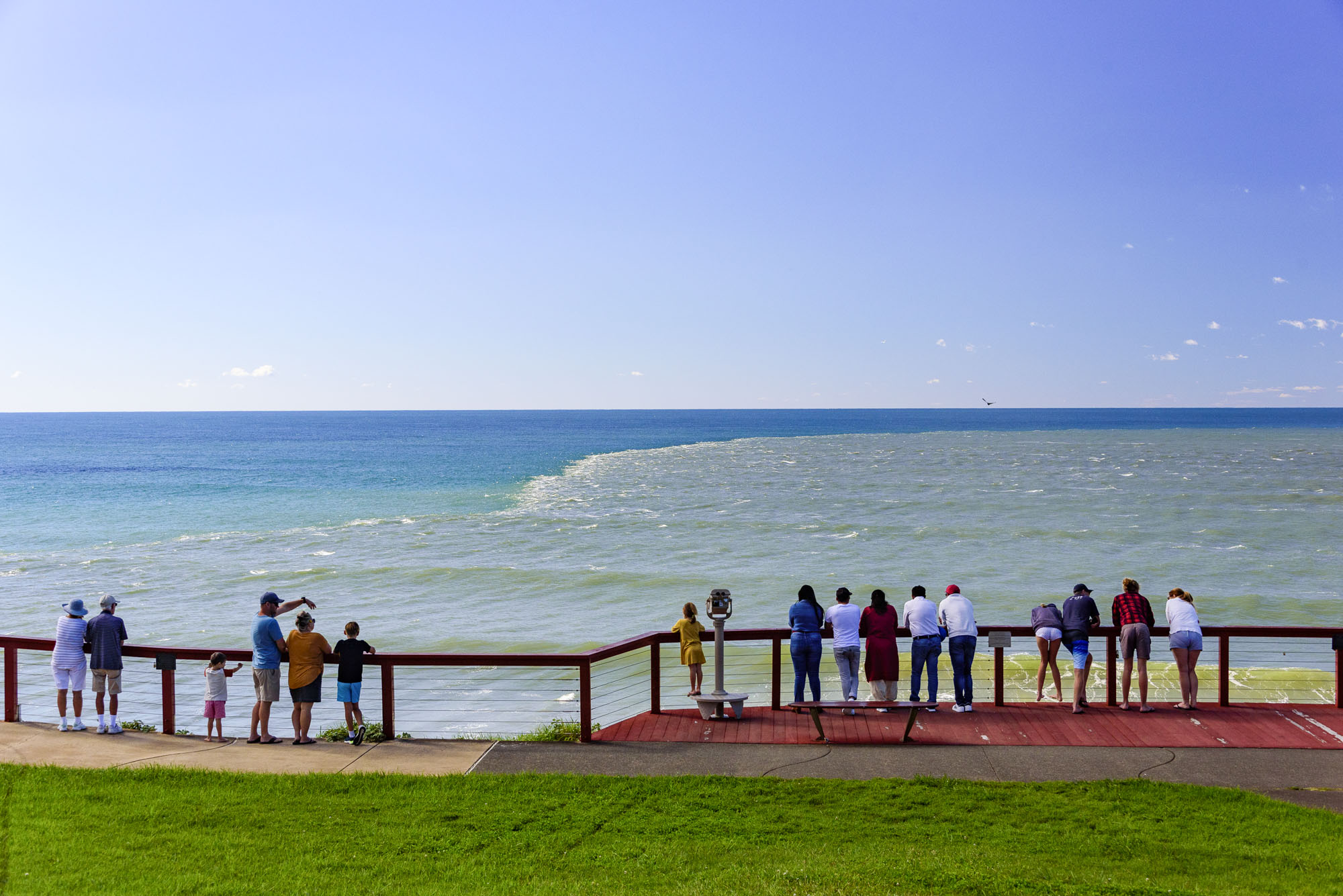 On the weekend, the border between rain and good weather was quite clear. Onlookers at Duranbah. Photo: prettyphotos

Three views of Burleigh Heads. There are the other points, and then there is Burleigh. Photos: Pierce 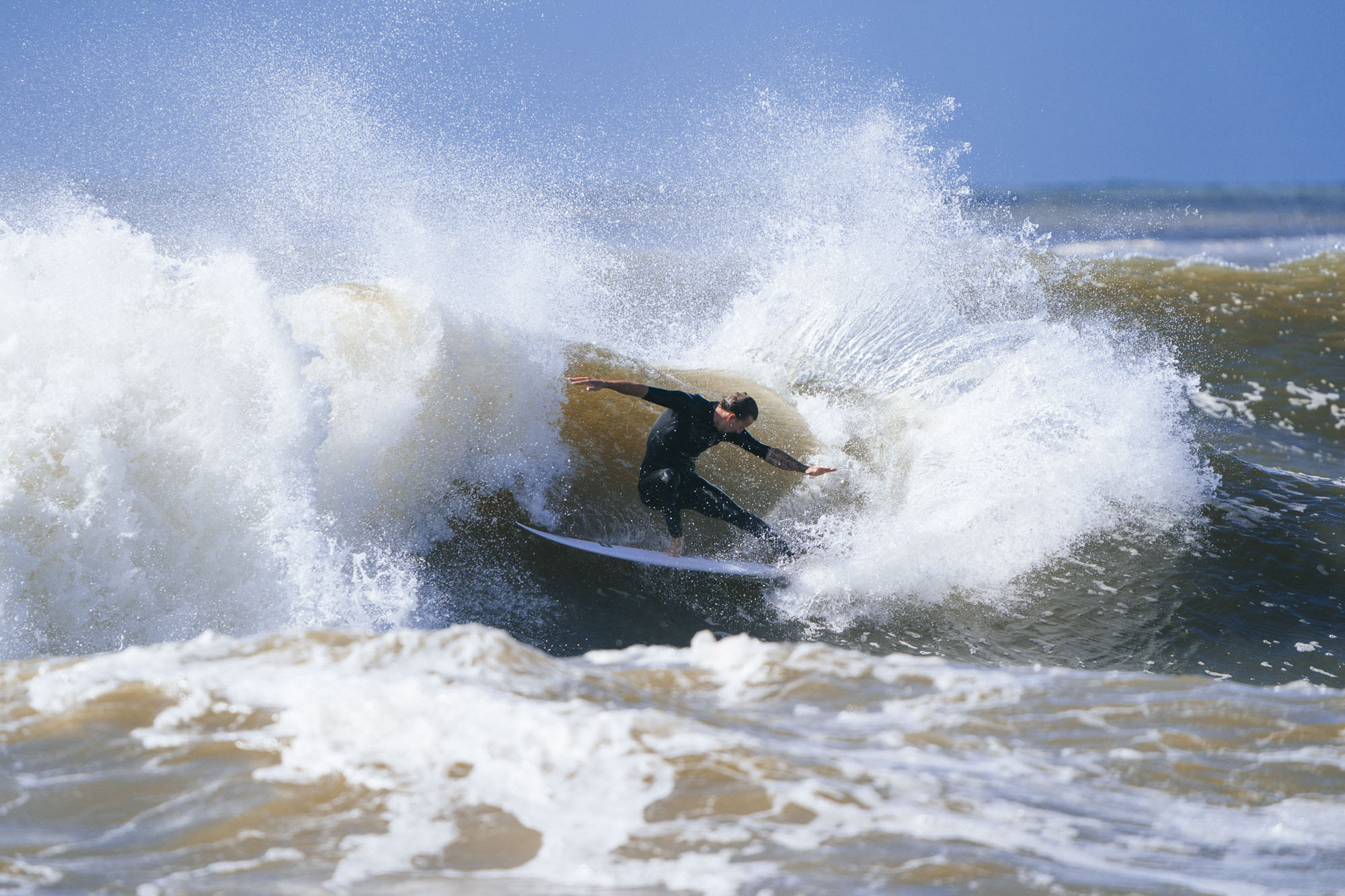 Amidst the brown waters of the Tweed, a few hard lines were drawn. Coby Perkovitch, D’Bah. Photo: Shield 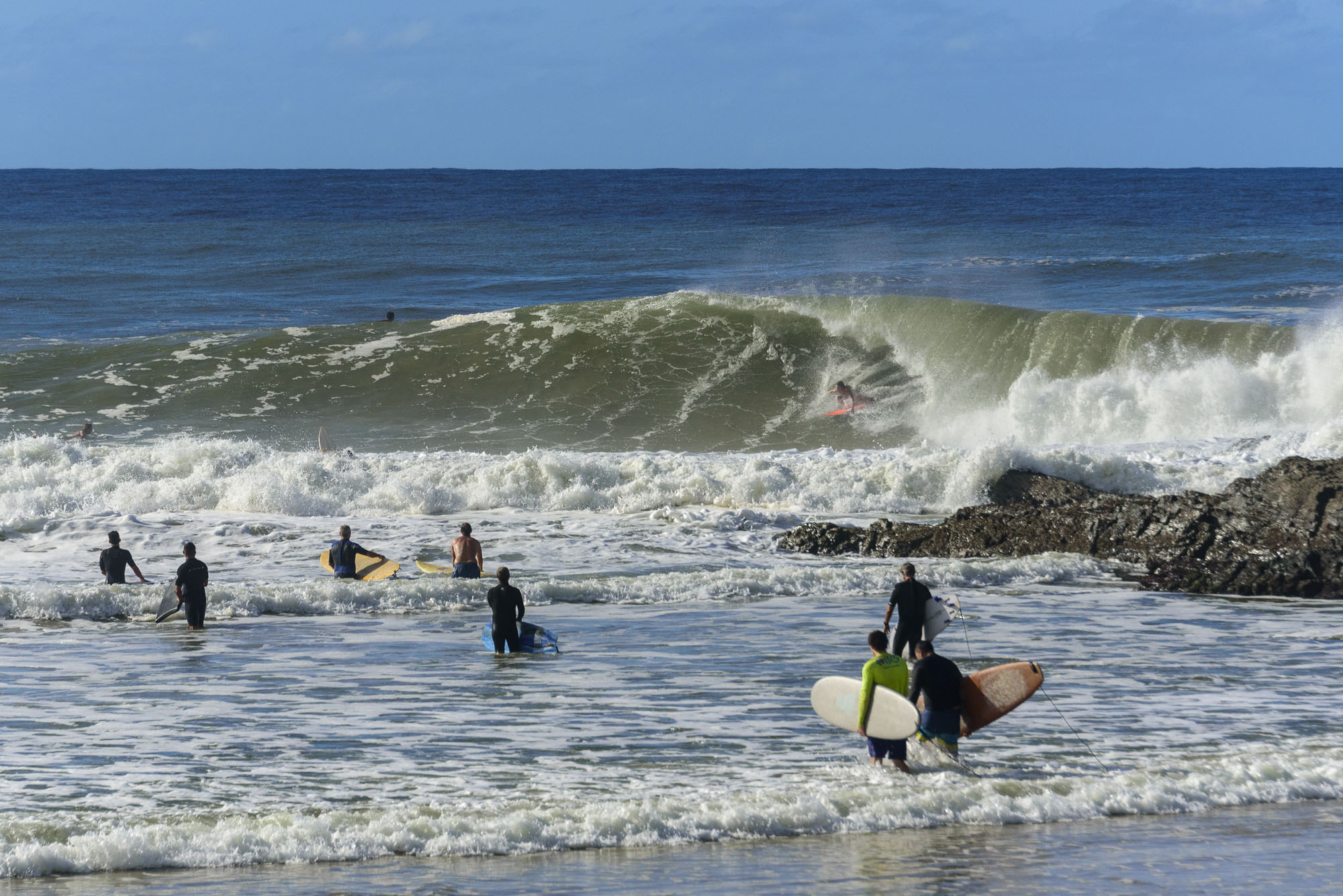 How can you beat the Saturday morning Snapper when half the best in the spot are elsewhere? Answer: you can’t, you go out anyway. Photo: prettyphotos 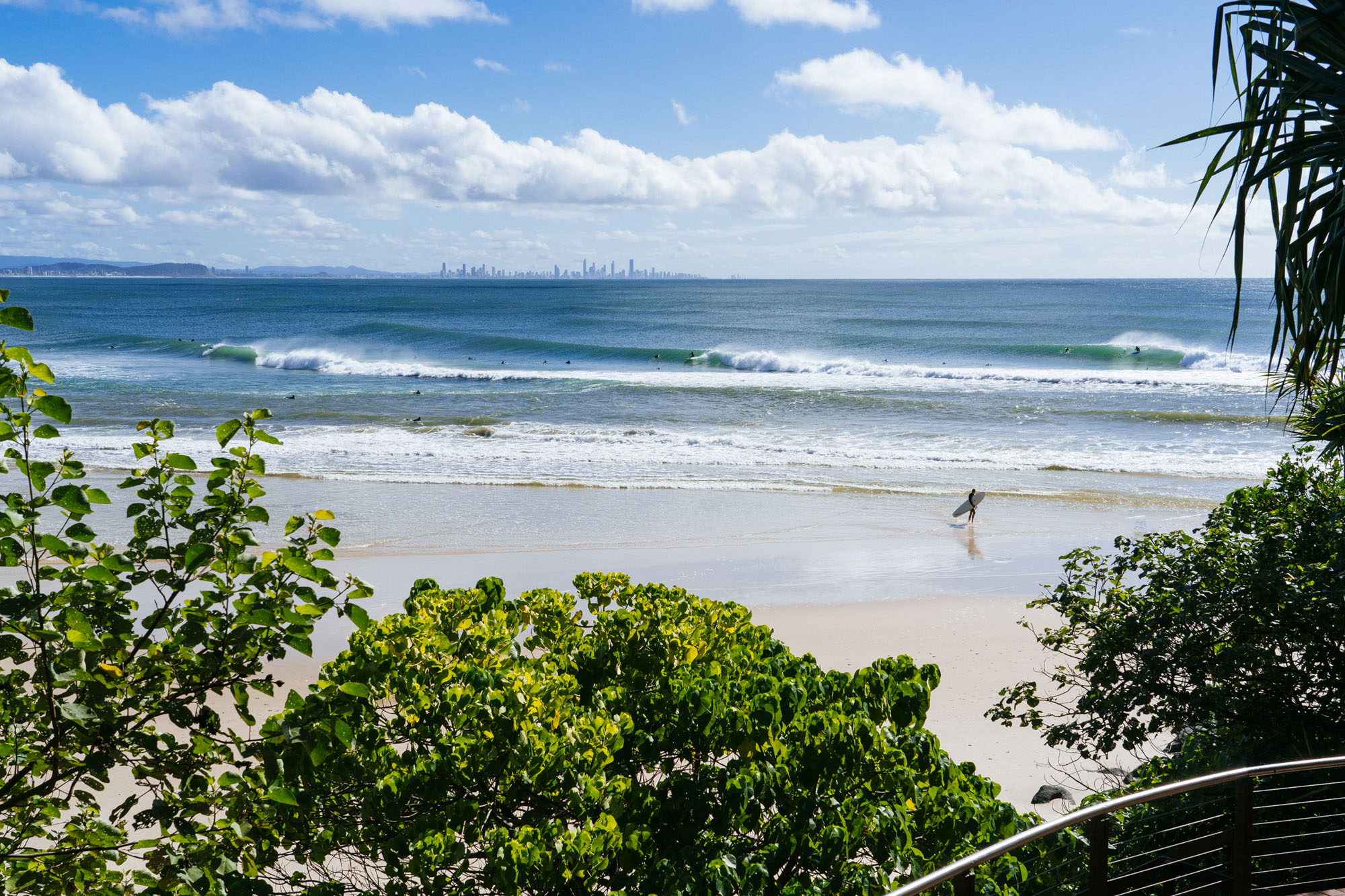 Greenmount’s epic sandbar, clinging against thick and thin. Has he ever had a better season? Photo: Shield 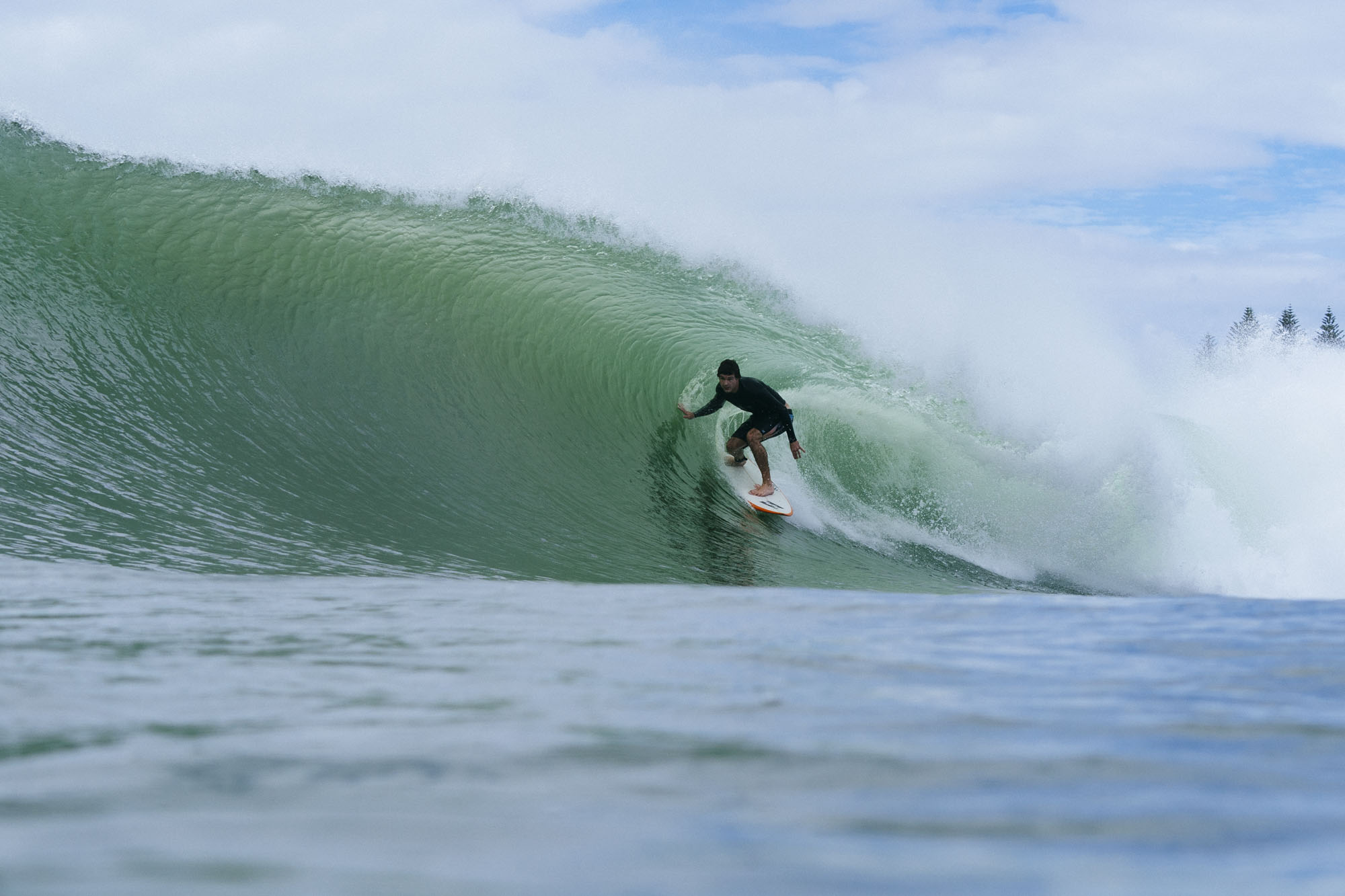 If you are coming back from an injury, this is the place to do it. Liam O’Brien finds his bearings in Kirra. Photo: Shield 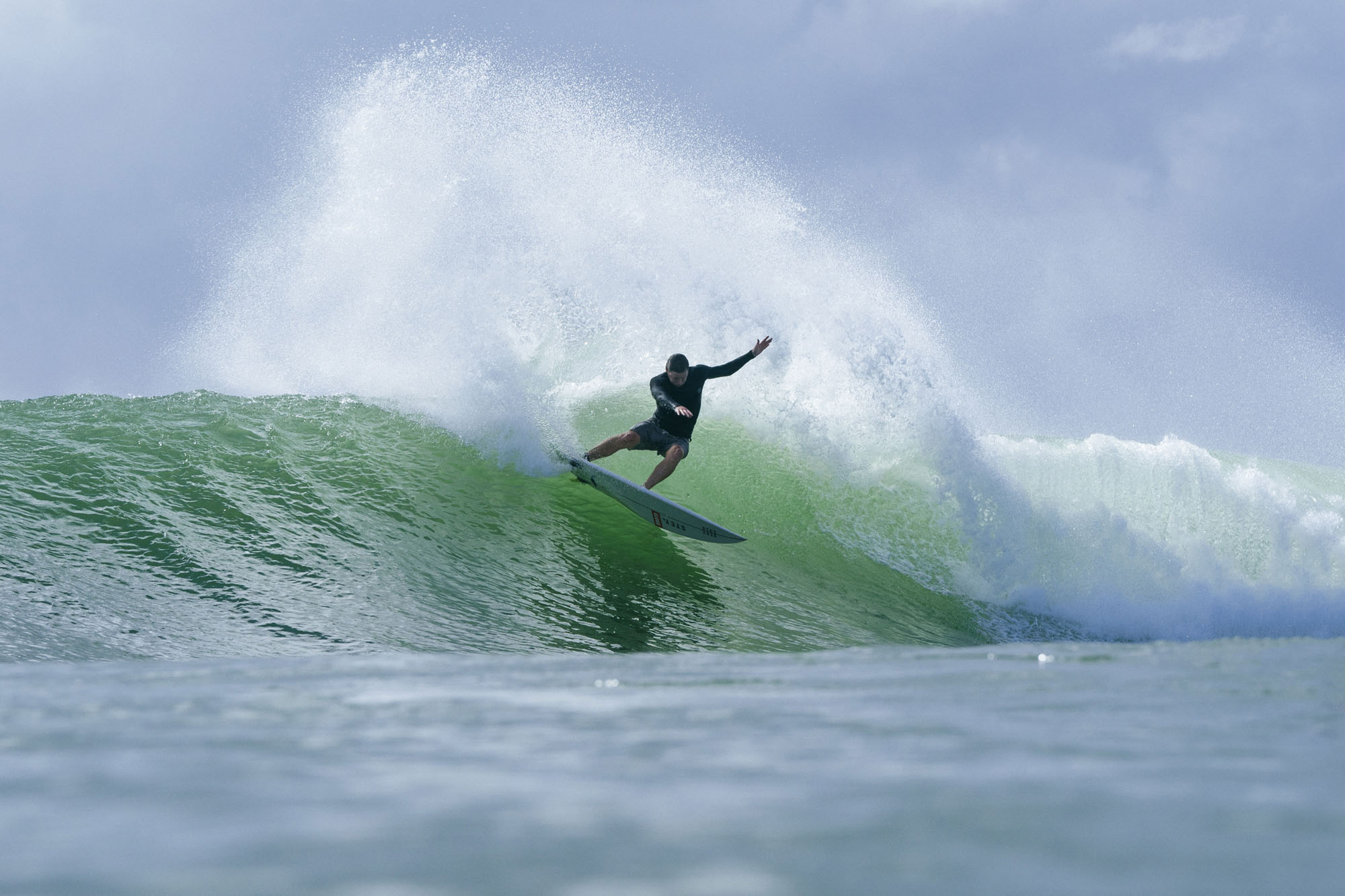 Three months of airbrushing do that for a wave. Sam Lemdrum, prying a bend in the Greenmount wall. Photo: Shield 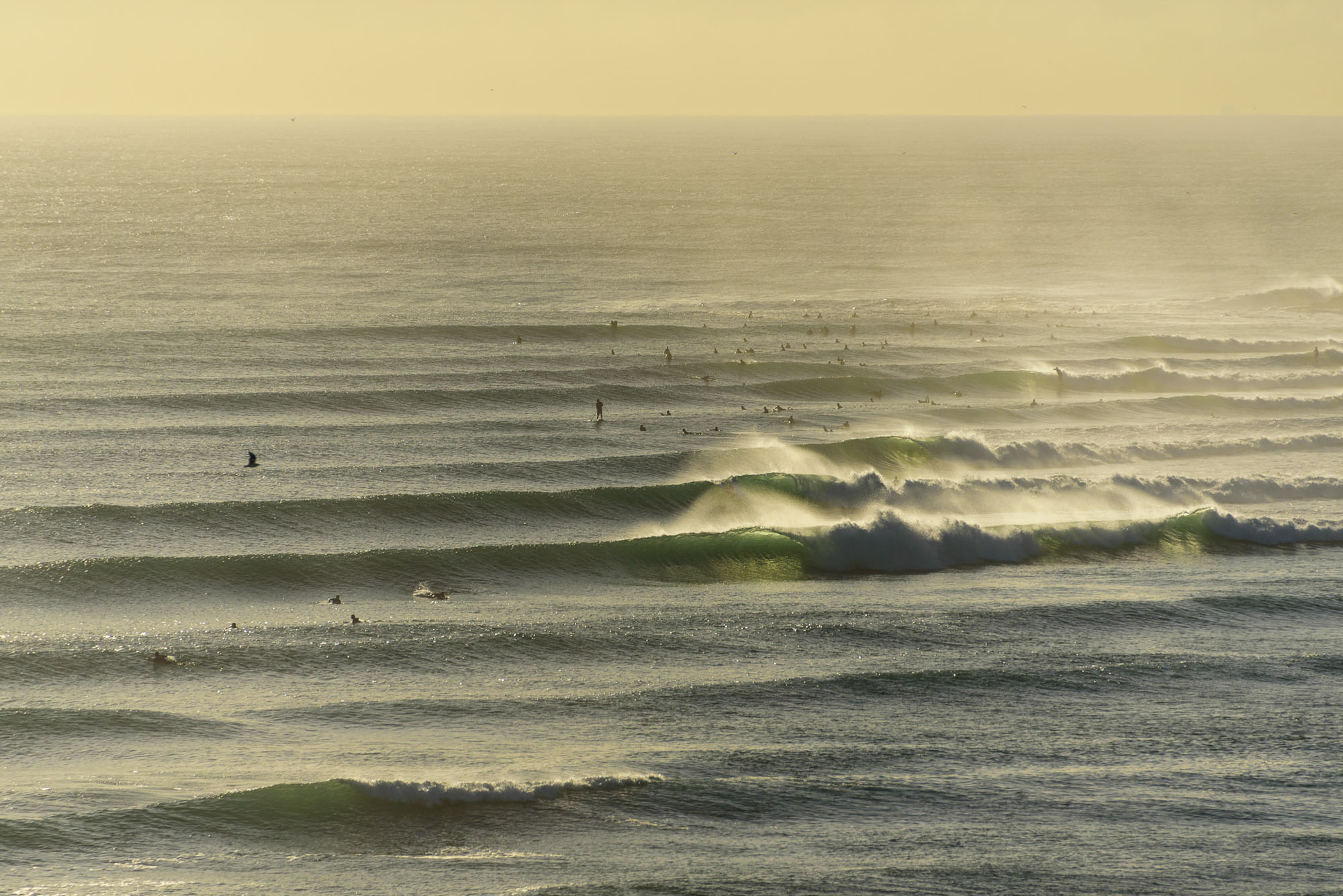 Yes, the heat. And thank you, fall. The Snapper to Greenmount channel, Saturday, May 28. Photo: prettyphotos