The Voigtlander Nokton 75mm f / 1.5 and the 75mm focal length, in general, might seem strange to someone who is used to traditional camera brands.

When I shot with Canon, the reference focal lengths for the primary lenses were always 35mm, 50mm, and 85mm. When switching to Fujifilm, the equivalent focal lengths of 35mm were increased to 35mm, 50mm, 75mm and 85mm. It looks like it’s a lot closer to what Leica first introduced in the 1980s.

Historically, Leica always used 35mm, 50mm and 90mm. It wasn’t until Walter Mandler, head of Leica optics at the time, took a step back from his legendary design of the Noctilux f / 1 and thought about how it could be used in other applications. And from there, the first Summilux 75mm f / 1.4 was born.

Since then there have been some changes and improvements. More particularly the Noctilux 75mm f / 1.25. However, it costs over $ 14,000, out of budget and question for many people! 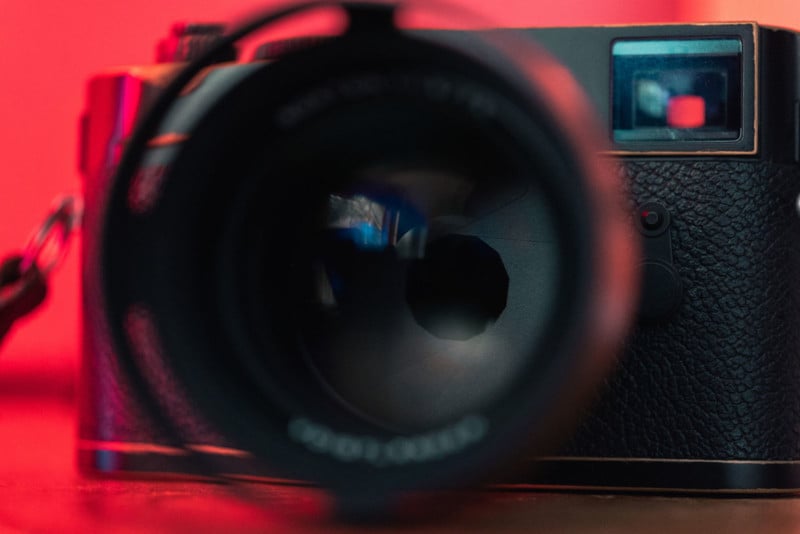 It’s a focal length which I think for a lot of people, myself included, is very intermediate. Especially when shooting with M rangefinders, the longer the focal length, the less leeway you have. This is why 90mm is often shot with a Visoflex. 75mm maintains a lot of compression while still being moderately easy to focus and having “grip”.

The Summilux 75mm is an almost perfect lens, which sounds great on paper. Ideal in low light thanks to this aperture, it is easier to acquire focus than a 90mm and you maintain depth of field and compression. The truth was, this lens was full of… character. It certainly wasn’t sharp and it definitely lacked contrast. For the use of the film, which was after all the only option at the time, that was more than enough.

As we entered the digital age, lens flaws began to show up a lot more. This is where the thirst for a sharper 75mm began. Leica built the new Noctilux 75mm from scratch, and it shows. If you want the sharpest 75mm for M or even one of Leica’s sharpest M-mount lenses, this is what you need. When Voigtlander released their Nokton 75mm f / 1.5 for a tenth the price and weight, I felt like it opened up a new market for focal length. 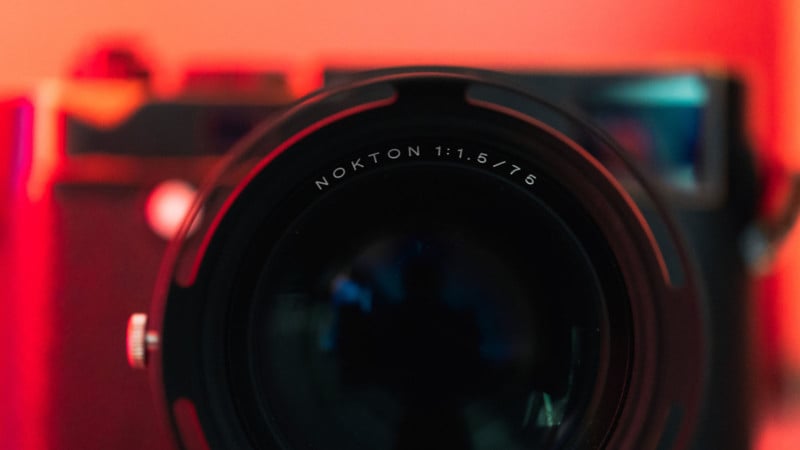 For a long time, I only used this lens natively on my MP Typ 240 or my M6 TTL, only occasionally adapting to my Fuji X-Pro3. I found that my Ms lens produced an otherworldly focus shot that gave everything I stuck the lens on, that 3D look that was addicting. Mastering this goal and the look it creates wide open is a challenge for sure! This is why I wanted to adapt this objective more and more. The problem is, the X-Pro3 is APS-C, which gives it an equivalent of around 110mm.

Make no mistake: on the Fuji it worked really well! In fact, because I was using a smaller portion of the lens, I had equally crisp images with much less vignetting. But 110mm was not what I was looking for. It was when I traded my X-Pro3 for my Leica SL2-S that I could take full advantage of this wonderful EVF and continue to focus easily.

A side note, if you plan to use this lens, or any other suitable lens on SL, unless you set the lens profile in settings, there will be no image stabilization. Fortunately, due to the SL2-S’s impressive low-light capabilities, I’m comfortable raising my ISO as much as I want to increase my shutter speed and keep photos sharp. I also don’t want incorrect metadata attached to my images. But if you really want to use the IBIS this is something to consider.

The lens itself can feel a bit heavy up front on an M, I found that to be fine. But, if you are used to a smaller Summicron for example, this can be a step forward. On the SL2-S, I found the perfect weight with exceptional ergonomics. My only complaint is that there is not enough rotation beyond 5m to infinity. It happens endlessly far too quickly for my liking. Especially considering that 90% of my work with this longer focal length is usually over 5m anyway. It’s nice to be able to focus quickly from 0.7m to infinity, but fine focusing can be a problem for some. 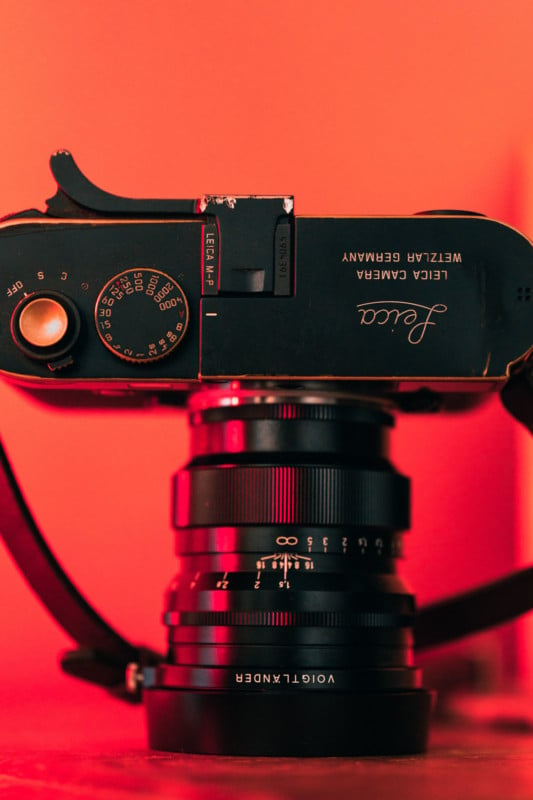 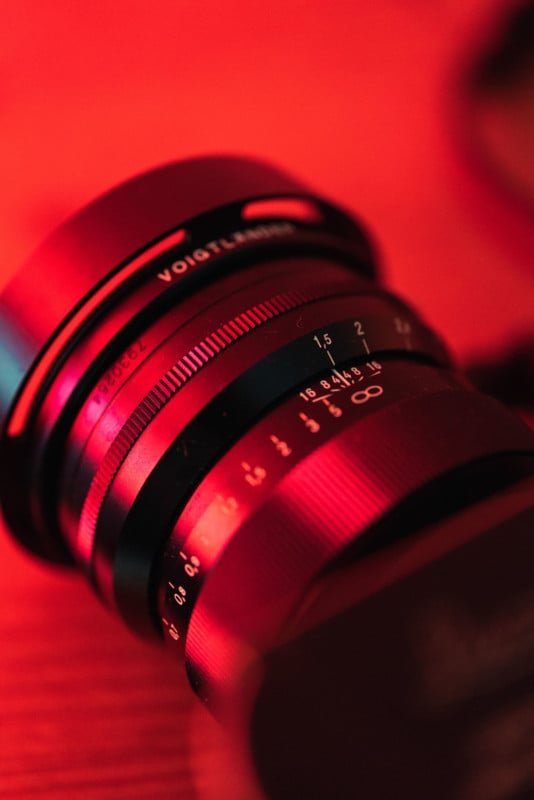 The sharpness may not have won an award, but when you look at where the lens sits in a range and relative to its competition, the sharpness is pretty good. When stationary, it’s great. I would feel very comfortable using it for high end studio work or landscape photography. And I think that’s where the lens shines. Because when you open the opening wide, you start to see the magic appear.

Wide open, this lens produces that near-zero depth of field aesthetic that I always seek. The micro-contrast associated with the classic Voigtlander rendering of this lens gives a 3D aesthetic that allows subjects to be isolated from their background. The fall merges into a beautiful blurry smear. Yeah, the bokeh… I love it. For photos where you just want everything to fall in a classic smooth rendering of out of focus areas, this is the goal. 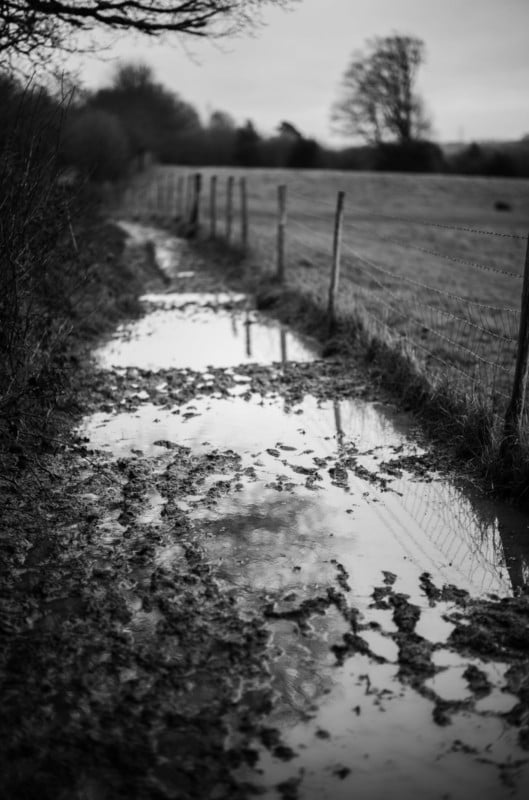 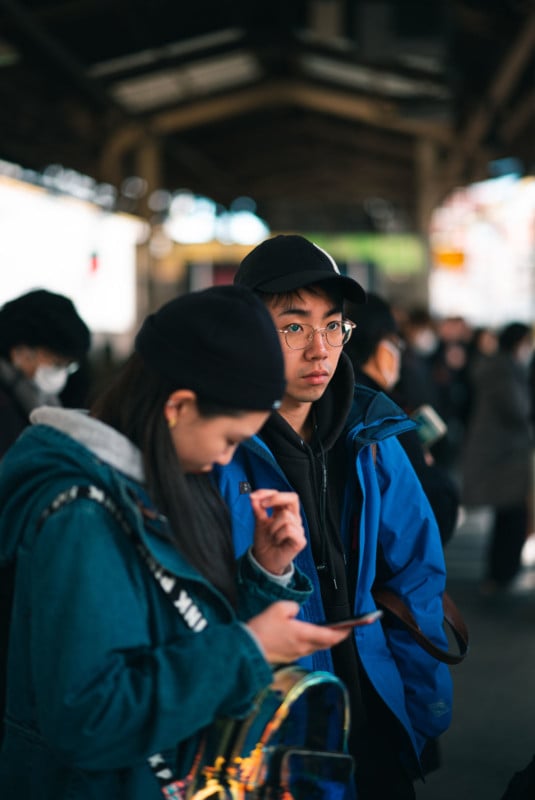 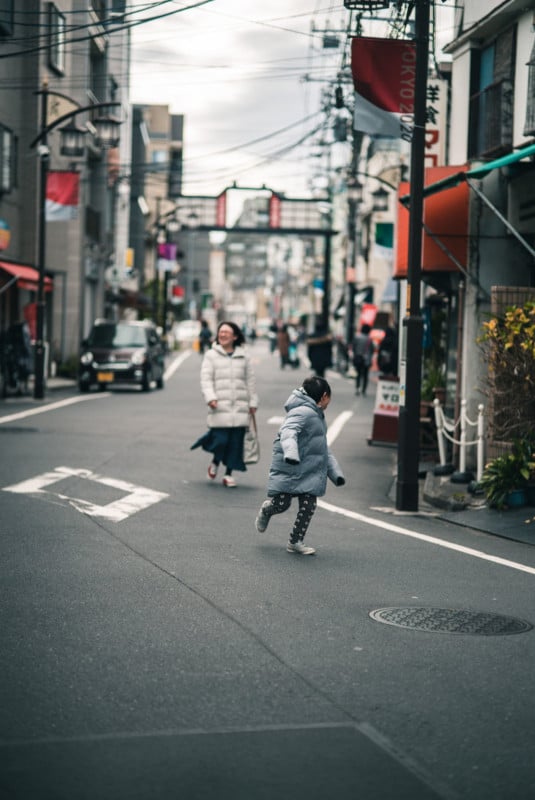 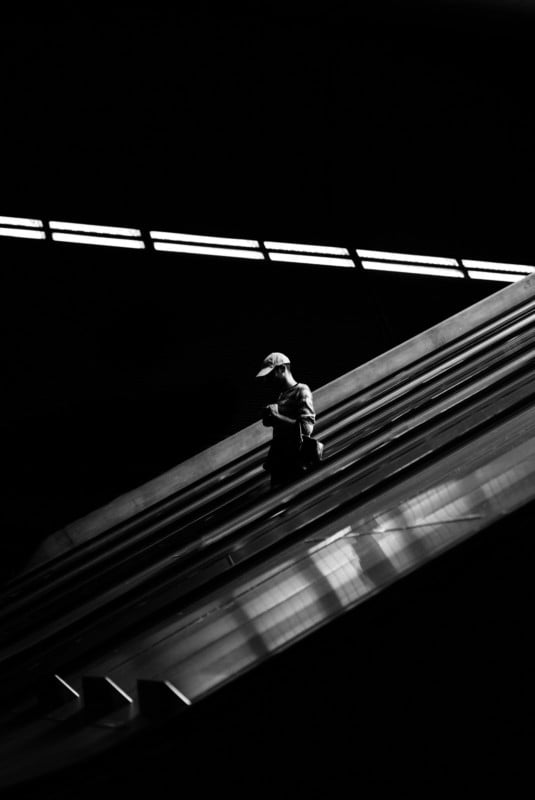 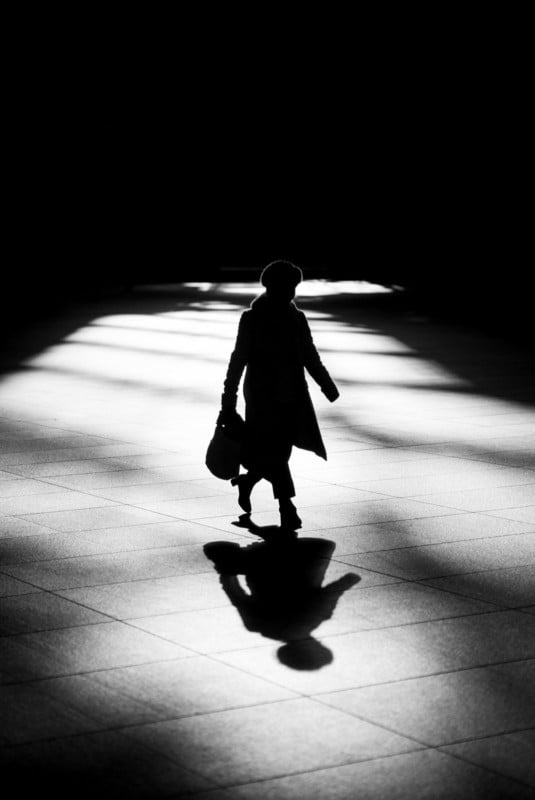 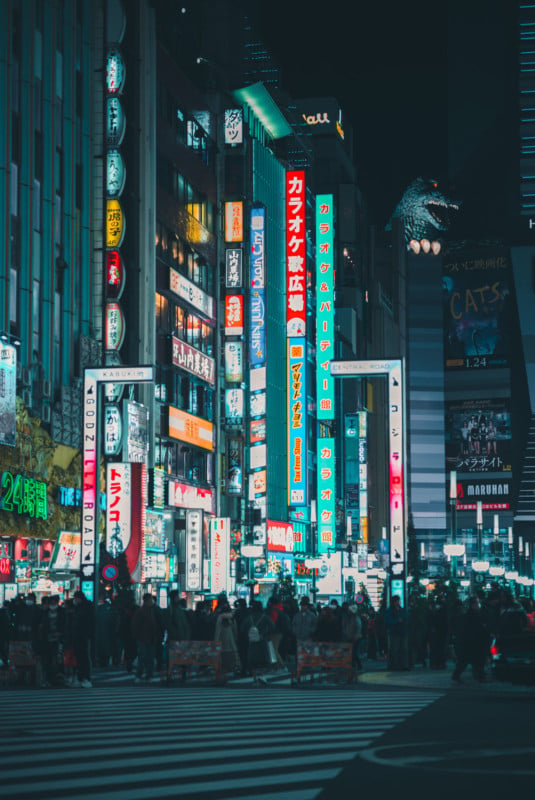 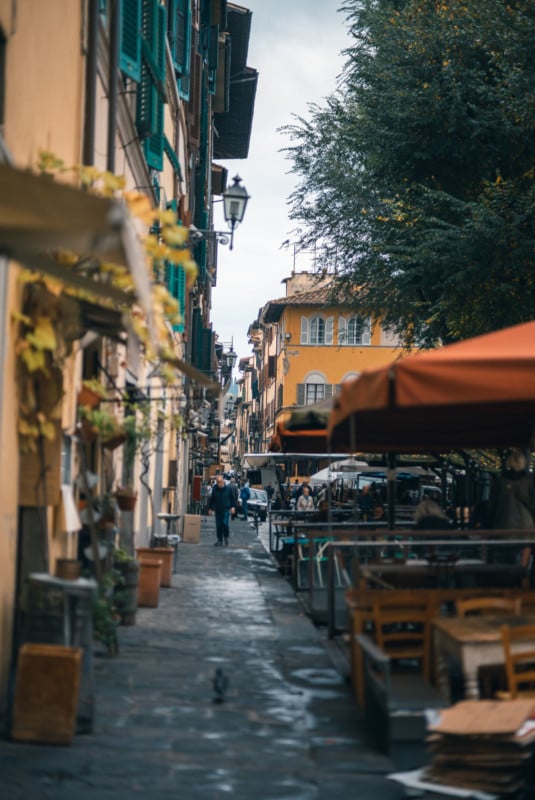 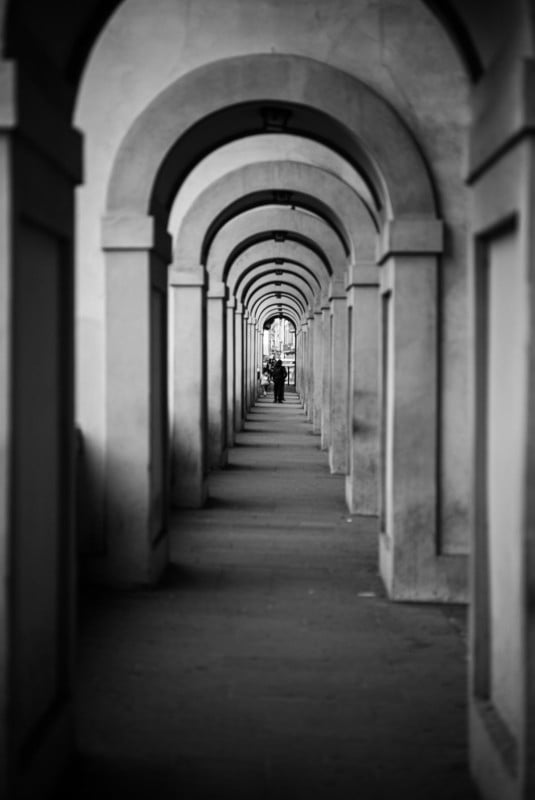 The lens comes in black and silver variants at $ 899. Maybe expensive for a manual focus lens only? However, compared to used Summilux 75mm f / 1.4 lenses, they cost over $ 3,500. The lens even comes with a lens hood for all those geeks who love their lens hoods… I’m one of them! However, this makes the lens a bit bigger!

To conclude, it’s a nice lens to bridge the gap between 50mm and 90mm, which goes particularly well on output with only a 35mm and a 75mm. A combination that I think is perfect for my own street photography setups. For street, portrait, or studio applications, this is definitely something to consider.

About the Author: Ben Webster is a street and travel photographer based in the south of England, where he also works as a sales assistant at Park Cameras. He photographs regularly with a variety of Leica cameras, ranging from older M3 and M6 TTL to digital type 240 MP, as well as with the Fuji X-Pro3. You can find more of his work on his website or by following it on Instagram. This article was also published here.