Last August, Golden published his first collection of poetry “A dead name that learned to livewith Game Over Books, a culmination of work they’ve been writing over the past four years in Boston where they were artists-in-residence in 2020-2021. Last September, Golden announced on Instagram that they plan to leave Boston by 2023, saying, “This book seems like the perfect way to close this chapter that has meant so much to me.”

“This book is a mending and a moving one, a conversation between the past and the present, between a photograph and a poem.”

“A dead name that learned to liveopens with photo collages of Golden’s family. Their mother’s side is on the left, their father’s side is on the right, and portraits of Golden and their two siblings are in the center. “That sums up everything I was trying to do with this book,” says Golden. “My job is an extension of those people, so I take everyone with me.”

It is impossible to read Golden’s poetry without seeing the influence of the people and places central to their upbringing. Their parents attended the same elementary, middle, and high schools together in the small town of Pocomoke City, Maryland, a place where most residents spend their entire lives, like Golden’s grandmother, whom they call “Grannie.” . Golden’s father joined the Air Force and the family settled in the suburban military town of Hampton, Virginia. This is where Golden grew up with their twin brother (whom Golden calls “Twin”) and older brother Cam. “The black rural South is what raised me,” Golden says.

The 16 poems in the collection speak of strong family ties between parents and children, grandparents and grandchildren, and all the combinations in between. These links are echoed in the family photos and Golden’s own portraits scattered throughout the collection. Golden says: “This book is a reparation and a moving one, a conversation between the past and the present, between a photograph and a poem.

“I consider my photography as a poem that I have not yet written. Poetry is a document of something that has no image, but it is an image that I have captured in my head.”

Golden’s work also recalls their artistic lineage, with their grandmother as a poet and their Pop Pop as a photographer. They say their grandmother always had a sense of words, calling her their “little Maya Angelou”. Their Pop Pop had taken pictures for the historic record in his hometown, but as an older black man, he never thought he could pursue a career in photography. Given these significant family influences throughout their childhood, Golden now views his own poetry and photography as one and the same. “I consider my photography as a poem that I have not yet written. Poetry is a document of something that has no image, but it is an image that I have captured in my head,” they say. Their poem nominated by Pushcart”Family portrait with ancestorssits alongside a childhood family portrait, but Golden’s words are just as vivid.

“Have you ever cut a watermelon
hurt and watched your family suck up all the red?
Twin heals the rind, mom salivates salt & keeps

the seeds, daddy beats the bleeds from our t-shirts,
Cam brings buckets of bleach and hot holy water
raw flush the deck. We all stab the smile from our wound

until summer brings back our childhood.

Golden’s photographic work has focused on portraiture since they were in high school, beginning with self-portraits and portraits of Twin. Their approach to photography became clearer as they pursued their BFA in Photography and Imaging at New York University, where they had to adapt to a new environment and live in a different town from Twin. Photography has become a question of identity, of the intersections of darkness and gender, of being. Their thesis project “Identity and Learning How to Live” would later evolve into “A Dead Name That Learned How to Live”.

The first poem in this collection, “Y’all,” looks as much like a self-portrait as it does a landscape of Maryland and Virginia and a candid group photo from years past. Through the collection, Golden reflects on their upbringing and their current relationship with the South after some distance. Moving north into the “queer utopia” they call New York City has allowed them to explore their gender and sexuality in ways they didn’t have the vocabulary before. But “home” would still be Hampton and Pocomoke City. Together, all of these places have an inextricable influence on what Golden has become as an artist and a person, much like Golden’s family.

“I do not say
there was no one like us, what I’m saying is we
I didn’t know where to shout, twerk, leave
members of our body. Sometimes you have to run
Far from loving your country back, knowing how
stare family in the face with a skunk
in the mouth, razor on the belt, tar like mascara and scroll
dreams.”

“Poetry is the connection of everything. It is engulfed and concerned.”

Some of the poets who first inspired Golden were classic writers like Maya Angelou, but exposure to contemporary poets like Porsha Olayiwola and Danez Smith expanded the possibilities of what a poem could be. “I remember sitting in Washington Square Park and reading Danez Smith’s ‘Black Movie’ collection in less than an hour. I understood what poetry could do on the page. Now, Golden describes poetry as “the connection of everything. He is engulfed and worried.

A wonderful example of what Golden is able to accomplish on the page is their series of visual poems”[X][Y],” “Twin” and “[X][X]’, constructed to look like chromosomes. These poems speak to a time in Golden’s life when homophobia and transphobia divided their family, but Golden shares that they are able to publish this poetry now because they were all able to overcome this pain, and now there is only love between them.

The collection also expresses this fierce family love. “To Dance with My Father” and “And I Will Always Be Your Mother,” take Golden’s parenting perspective, saying “& I’m not sorry, ’cause I’m a parent, that way. We wanna fix everything we didn’t have. We’re kids, like that. That’s how I became a man, your father” and “You are me. & There is no condition in this world that can stop your mom. Speaking about what it’s like to write from their parents’ perspective and how they write their poems in general, Golden says, “I’m always shocked and surprised when I write. These poems fall on me. It’s as if other voices are inhabiting me and carrying this message, and just pushing it out of my body. 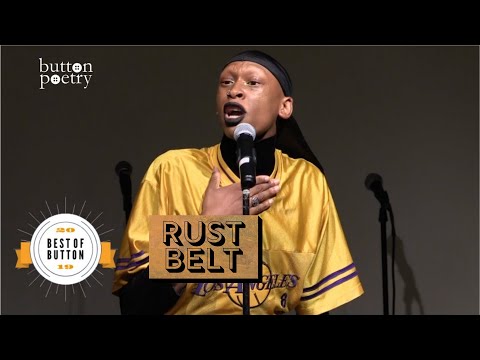 Joining NYU’s slam poetry team in 2018 allowed Golden to take the next phase of her craft journey – bringing her poems to life through voice and performance under the guidance of poet and educator Crystal Valentine (now responsible of the Mass Poetry festival). Valentine brought Golden to the House Slam from Haley House in Roxbury. This 2018 performance prompted Boston poet laureate Porsha Olayiwola to invite Golden, then based in New York, to join his slam poetry team, sparking a series of opportunities that would ultimately lead to the city of Boston honoring Golden as one of its artists in residence for 2020-2021. Both Valentine and Olayiwola invited Golden to join their Boston-based slam team. Two weeks after graduating from college, Golden packed his bags for Massachusetts.

During Golden’s tenure as Boston Artist in Residence 2020-21, their goal was to center trans Bostonians, especially trans people of color, for their public art projects. One such project was the proposed mural honoring Rita Hester, whose unsolved murder in her Allston apartment in 1998 sparked the creation of Transgender Day of Remembrance. Hester’s mural was done this year by artist Rixy as part of Boston’s Transformative Public Art Program. Golden says, “I was trying to connect the work between those who have passed away and uplift their lives, but also doing the work to celebrate trans people who are living.”

Golden also organized the We Been Here Poetry Kickback Seriesfeaturing trans and non-binary poets and artists, and hosted the Transgender and non-binary town hall to gather feedback on how the City of Boston can better support all of its transgender and non-binary residents. The community that Golden surrounded himself with throughout his time in Boston has become a new extension of his family. But as Golden prepares to move to Brooklyn with Twin, they reflect on how they want the next phase of their lives to focus on reclaiming time for themselves. The chapter of their life that was devoted to writing a book of poetry and other projects centered on external subjects is coming to an end.

“I want to catapult myself into my next book…to write for myself about myself.”

“& When They Come For Me,” the final poem to “A Dead Name That Learned To Live,” blossomed from the conversations Golden had with Grannie when the two spent precious alone time together. “It was such a beautiful thing that we sometimes take for granted, having a week with an elder and talking about stories.” Among discourses about God and the end of life, the poem evokes hopeful images of bees and dogwoods, summer and vulnerability.

“Father sun, I want to be somewhere singing through the wooden door of my name house, with a maiden name. Ask my mother, we are going on vacation to other worlds within us. I hope you can run. Oh look, the sun is coming up grandma.

Golden shares that they are similar to their mother in that they tend to take on the gatekeeper role in relationships, so this poem “is a wish to reach towards self-priority and love and longing, and being angry and happy and all those imperfect things, all those things that southern black people hide from the world.Next to that last poem is a self-portrait of Golden lying under a wall of family photos in their grandmother’s house. In this collection about family, Golden uses that last poem to bring the focus back to himself, the hardest thing for them to write. “I want to catapult myself into my next book …write for me about myself.” They are creating their own legacy as a nonconforming black transgender person, poet, photographer, and twin from Hampton, Pocomoke City, New York, and Boston all at once. Fittingly, the last line of the poem and the collection is “I came home”.