Zaaki was due to be Annabel Neasham’s star attraction at Eagle Farm on Saturday even though he hadn’t even raced, but Swiss Exile stole the show, smashing his maiden impressively in the Group 2 Spirit Of Boom Classic.

The colt was a battered favorite in a midweek race at the Sunshine Coast earlier in the month, but that didn’t deter punters from knocking him down again, backing him from $19 to $8.50 with TAB, leaving jockey Sam Clipperton to do the rest.

Kicked out of the gates by Clipperton, Swiss Exile took the run and was able to hold off a fast-finishing Exo Lady despite constantly running into top company.

“It wasn’t the plan to lead, but Annabel asked me to get tough early and try to get in early,” Clipperton said.

“He jumped very well, he took the lead in the first four strides or so, so I showed intention to let everyone know.

“I was able to find a nice pace up front, the horse really enjoyed it, he had his ears pricked up and I knew it was a long straight here at Eagle Farm and a long way home, so I was trying to keeping him together as best I could while building his diet.

Meanwhile, star horse Zaaki warmed up for his Doomben Cup defense by taking a lap around Eagle Farm between races with his stable mate Sibaaq.

“At least we had a decent track to give him a canter today, we wanted to get him off some fresh air before next Saturday,” said Annabel Neasham’s Gold Coast stable foreman Todd Pollard. .

TAB has Zaaki the $1.50 favorite to defend the Doomben Cup crown he won last year beating his rivals by seven lengths.

Brisbane has been battered by rain all week, which continued to fall on Saturday, but Clipperton said the track continued to run well.

“It’s a bit like Sha Tin, they would have a typhoon in the morning there in Hong Kong and in the afternoon when the races start, you run on a good surface,” he said.

“I think he started his journey for the team in Saratoga, he bought it when one of the owners was getting married,” laughed Waller.

“Then it was sold to Ireland to pay for the wedding.

“He was racing there against all the good Coolmore horses with good thirds and fourths and then he came down here.”

Waller shows his hand for Stradbroke

The Stradbroke Handicap is one of the few races Chris Waller doesn’t have on his chimney, but he may have found a horse to tackle it this year in the form of the Ranch Hand, after a dominant win at Eagle Farm Saturday.

Racing in the famous purple and white colors of Coolmore, Ranch Hand relished the 1400m trip in the 3YO Plate under Tommy Berry to cement their credentials as a Winter Carnival contender.

After a tricky juggling act to avoid his stablemate’s home affairs in the spring, Waller may have finally found some distance for his colt.

“He’s a decent colt but he’s had a rocky career because we never really found his right distance,” Waller said.

“He ran incredibly behind home affairs in the Coolmore in the spring, we knew he couldn’t beat home affairs in the fall so we thought we’d try the (Australian) Guineas instead, we took it to the mile and his form was good but it was just a bit too far.

“I think 1400m is his shot so maybe a Stradbroke, I’ll talk to the owners and see what they think, he has some work to do with it.” 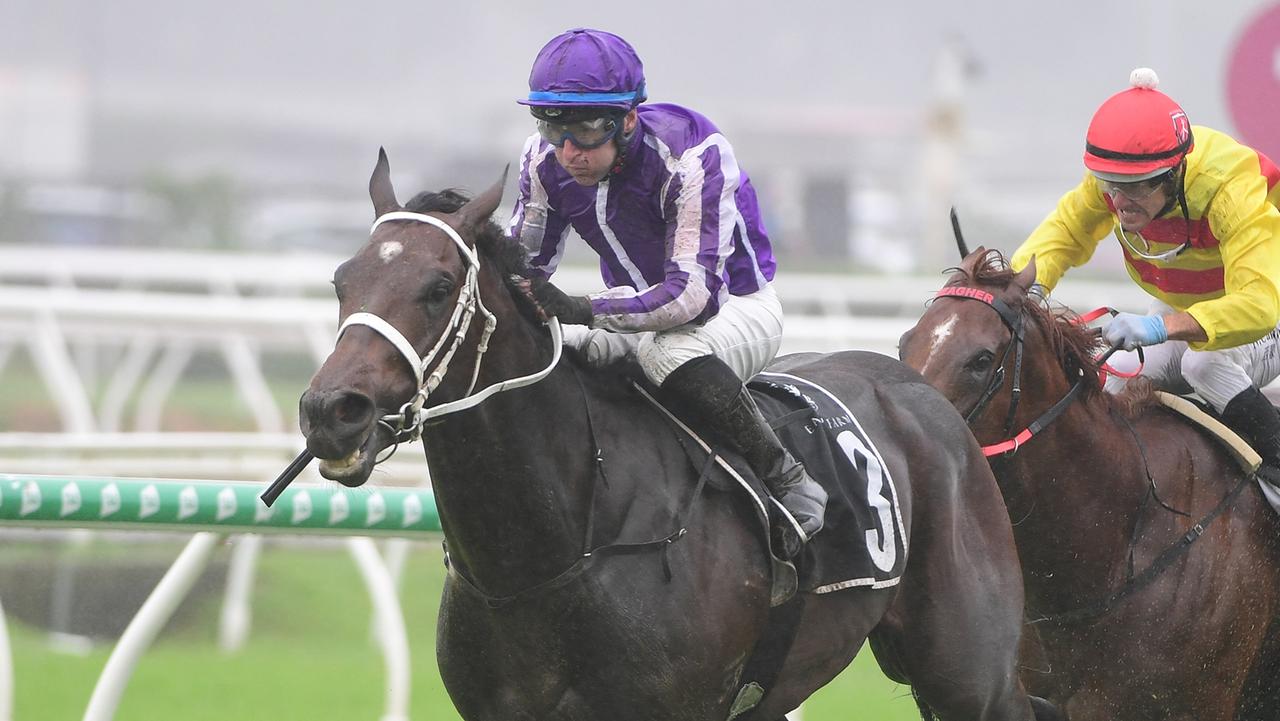 Ranch Hand found its sweet spot at 1400m in the 3YO Plate at Eagle Farm. Photo: Grant Peters-Trackside Photography

■ Star jockey Jamie Kah picked up a winner on his first return to Eagle Farm since his miraculous Kingsford-Smith Cup win on Vega One last year.

Although she may not have seen much of it, Kah produced the John O’Shea-trained Diamil almost last to win the Listed Members’ Handicap (1600m) in pouring rain.

” I did not see anything. Hopefully I rode well because I didn’t know where I was going,” Kah said.

“He ran great. Earlier I was worried I couldn’t keep up and I was on him to keep in touch with the pitch but he forcefully turned and I had to wait for the race to come and when it did he a book.