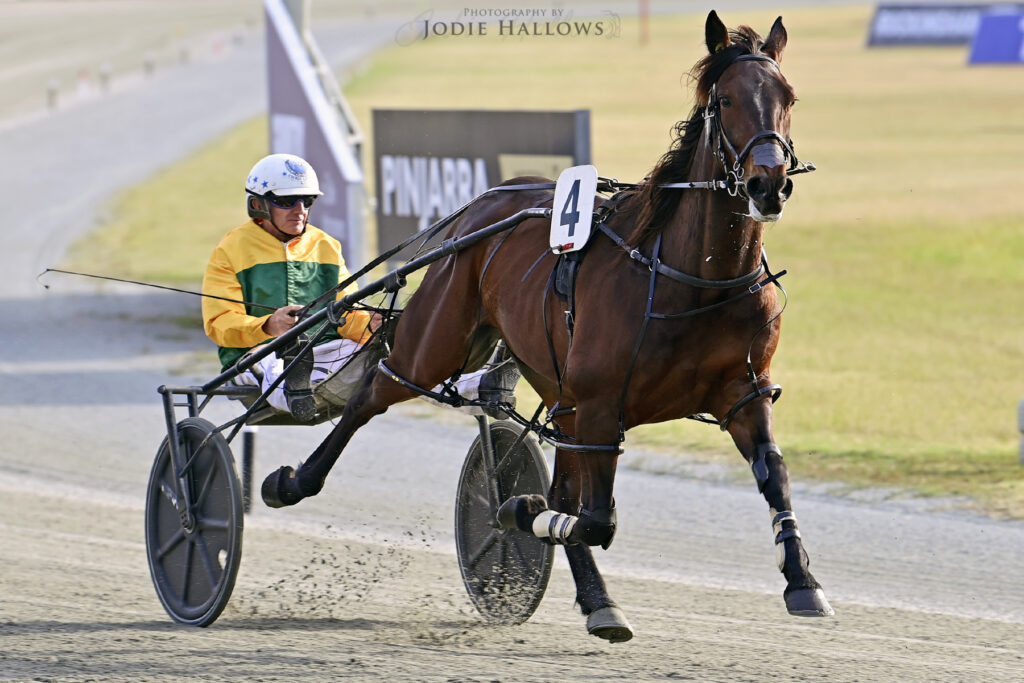 Lavra Joe took a comprehensive win on Monday in the feature, $35,000 Gr3 Alabar Stud Farm Pinjarra 4YO Classic, in what was an exciting and successful weekend for trainer Ray Jones.

Leading since barrier four on Monday, the race for the $1.50 favorite looked like the perfect win, with the $200,000 Gr1 gold nugget in sight for the talented four-year-old on the 16e of December in Gloucester Park.

“we gave him some quiet time, yeah he’s been fine, i thought i should just give him some cool down for the last nine days, because he’s been having a hard time making the race against free for all, and it kind of knocked him down a bit, refreshed and went really well,”

“We’re just going to run the three four-year races over the next four weeks, up to the Nugget.” said Jones.

The 2021 3-year-old colt/gelding of the year currently sits on stakes of $443,000, with cross-country racing in the coming weeks a real chance to see the gelding now cross half a million, with Jones confirming that he will travel to Gloucester Park next Friday to contest the $50,000 4YO Championship.

“Drawn like gold, running around the paddock at 100 miles an hour, so very happy.

It was a big weekend for Jones and his riders, with his “dark horse” Been Scootin riding a fantastic fifth in the big Friday night, the $200,000 Gr1 WA Derby, with the three-year-old narrowly beaten for fourth on the line after being three wide over the final 800 yards.

“It actually turned into a surprise package; it was a huge race.

“I don’t know if he talked to his girlfriend (Lavra Joe) or what, but it was a big surprise, a very pleasant surprise.

“Big surprise for him to turn out as good as he did.”

Been Scootin will travel to Pinjarra on Monday for the $30,000 WA Country Derby over the 2,692m course, with Jones “pretty excited” to see how his surprise horse will go.

“He has a bit of versatility; he came with a very solid run in the derby.

Jones, no stranger to a good horse, mentioned that Lavra Joe and Been Scootin would likely be the last horse he trains, with the 67-year-old looking forward to a slower pace of life and the time to travel.

“I sort of said those are the last two I have.”

“I just think if you want to train horses you have to give 110 per cent and I do a lot of traveling, a lot of time, no days off.”

“And I think in these two-finish races, I’ll just have some free time, I’ll go see the world, while I can still walk.”

“(I’ll) go out on a high, it’s addictive anyway, I could go on a trip or spend a year and get fed up and come back and go get another one, I always promised myself that I I do a little traveling before I am too old and too old catches up with me.