The game was built around a modified format where each team was on offense for six consecutive minutes in different game situations. Scoring was not as important as the ability to face a real opponent in game situations.

Some of the highlights of the game included the Indians’ quarterback play. Christian Langford and Caleb Mize took turns leading the offense and had some strong points.

Langford showed flashes of his speed and arm strength to lead the offense that fits well with new offensive coordinator Kelby Holt and his schemes. Mize also made some solid throws.

Overall, the offense will be very different from the past two seasons when it relied on the backing abilities of Danny Shoch. The system is now built around the speed of quarterbacks and their ability to read the defense and make decisions.

Brady Tillman also had a few moments from the running back position. He nearly scored an early touchdown on a screen pass where he knocked down a Bear defensive player en route to the end zone. The touchdown, however, did not count as the game was called up for a penalty. He then scored on the same play late in the first half.

Tillman also got a few plays in the defensive secondary and seemed comfortable on both sides of the ball.

The offensive line, which played without anchor Aaron Fenimore, held off a fast and athletic defensive front from the Bears. The format of the game called for no quarterback hits, so any time a defensive player got their hands on a quarterback, they were declared a sack. The Indians line did not allow a sack in the first half.

The defense had several impressive moments. In the second quarter, Makai Sullivan had a 6 pick and Flen Larkin also added an interception. Overall, the Indians defense played fast and got plenty of hats on the ball on every try.

Indians corner Deliyon Freeman lured the task of covering 6-foot-3 Bears receiver Jaleel Chambliss and grew in confidence throughout the game. He also played a bit at receiver and caught a touchdown pass.

With spring over, the Indians are entering offseason mode. In just 13 weeks, the Indians will face the Starr’s Mill Panthers in the Coweta-Fayette Classic. While they should be happy with how some things look on Thursday, they’ll also take a list of items to work on over the summer. 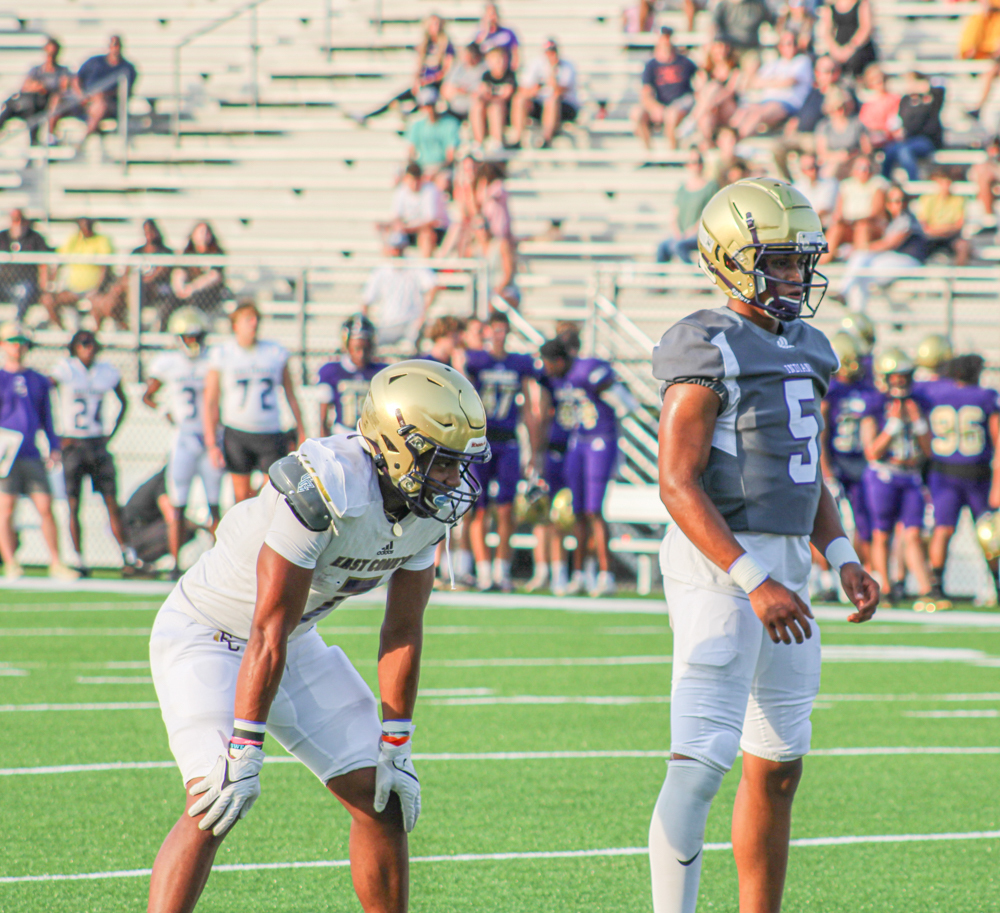 It was an impressive debut for Indians quarterback Christian Langford (#5 Gray) and running back Brady Tillman (#7 White). 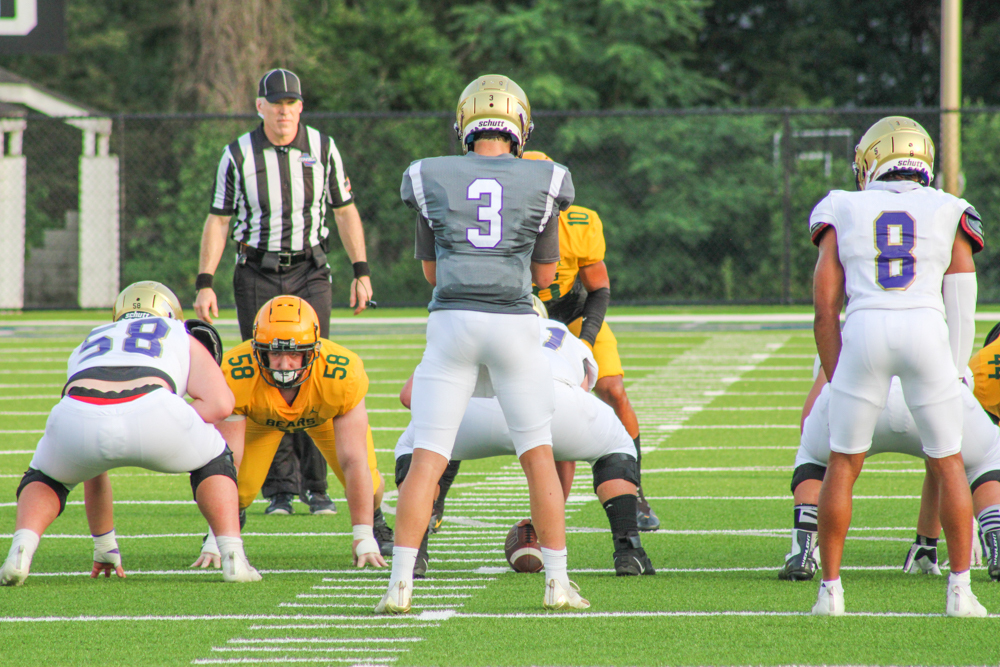 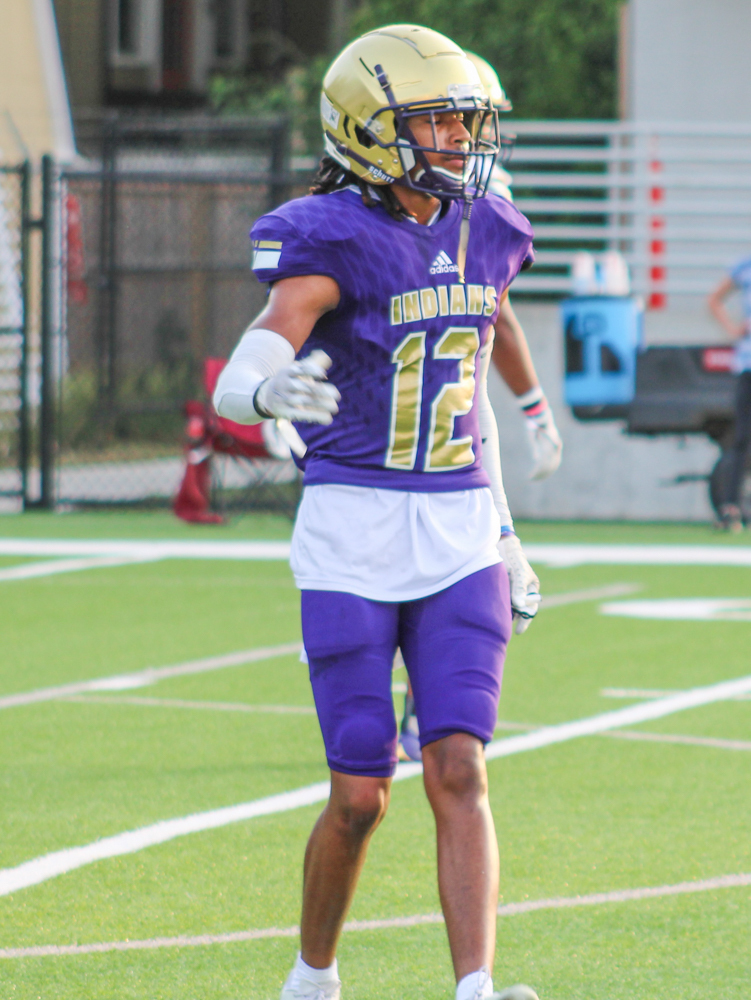 Flen Larkin (No. 12) had an interception for the Indians secondary. 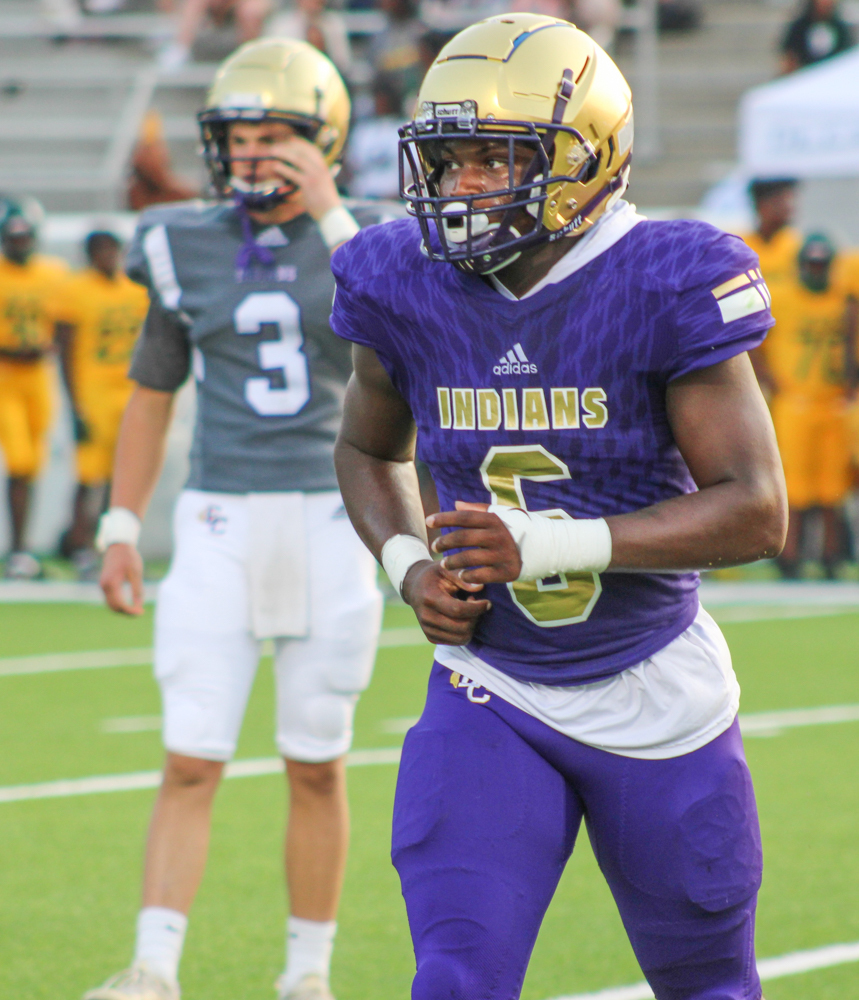 Michael Burse (No. 6) split his time between his position at linebacker and had a few runs as running back. 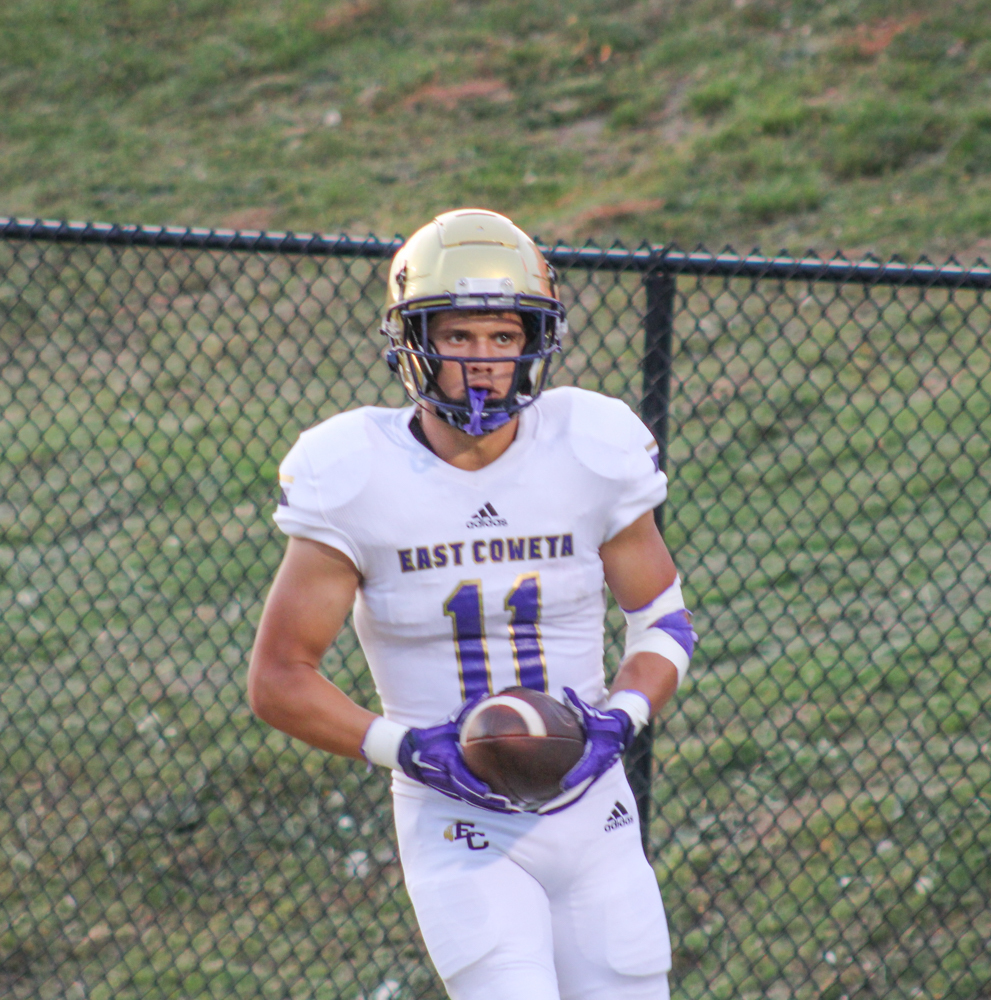 Colt Cortez (#11) caught a touchdown pass from Christian Langford in the second half. 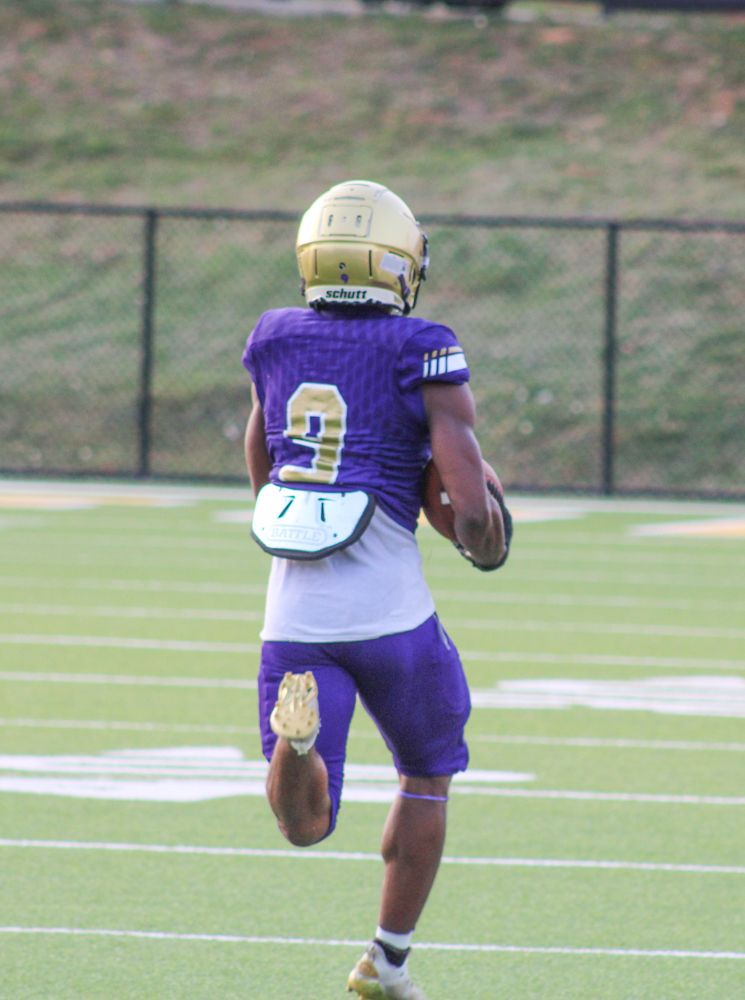 The Indians got a pick-6 from Makai Sullivan. 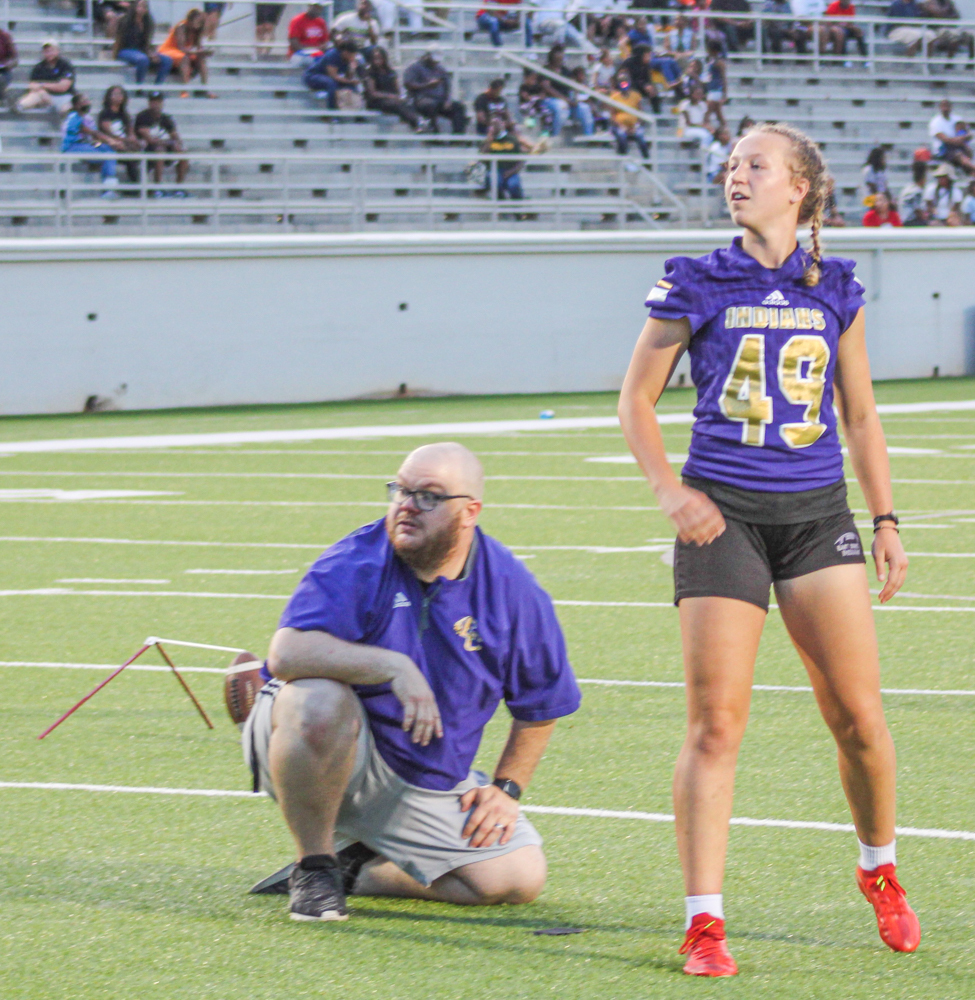